Ilham Aliyev comments on activities of Russian peacekeepers in Karabakh 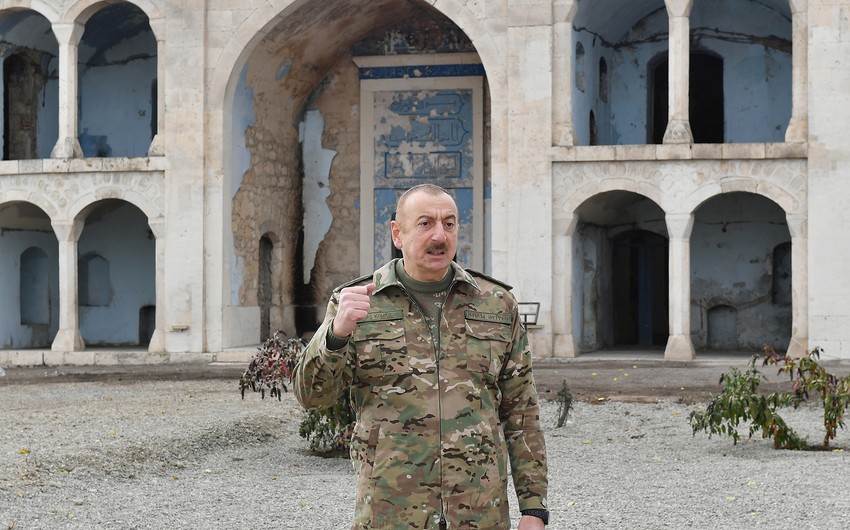 Speaking at a video conference on the results of 2020 on January 6, President Ilham Aliyev said that the Russian peacekeeping forces stationed in the Karabakh region of Azerbaijan have a function there, and this function was identified on November 10.

"Although they are now engaged in humanitarian work there, which the statement signed on November 10 did not establish, we allow it. Why? Because we understand that people live there, we realize that winter has come and the weather is cold. Some work must be done so that this winter does not create problems for Armenians living there. That's why we gave it a chance. Now, most of the cargo goes there through Azerbaijan. It operates by rail to Barda. After that, they are taken to Nagorno-Karabakh by car. Of course, we could not allow it," the head of state emphasized.