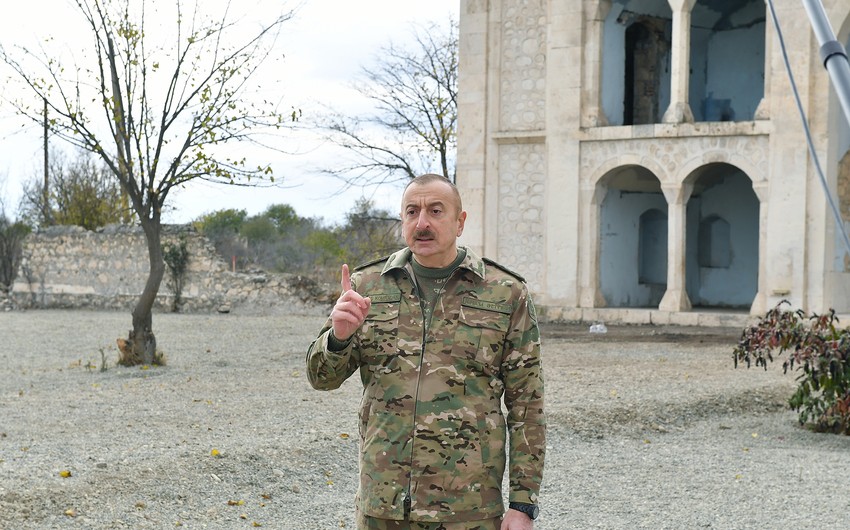 "It is too early to reveal all the secrets of the war. Exciting issues will emerge in the future. But today, I can say with full confidence that the Aghdam operation was planned. We would have returned Aghdam anyway. But there would be losses, a large number," President of Azerbaijan Ilham Aliyev said during a visit in the liberated city of Agdam on November 23.

"Therefore, after the liberation of Shusha and more than 70 villages on November 9, the enemy surrendered, raised a white flag, complied with my terms, and admitted his defeat," the head of state emphasized.