Euractiv: Liberation of Azerbaijan's occupied territories inspires hope for peace in Caucasus Although the revanchist political groups currently prevail in post-war Armenia, calling for rapid (re)armament and preparation for a new war against Azerbaijan, few politicians do not rule out Armenia's participation in the peace platform. 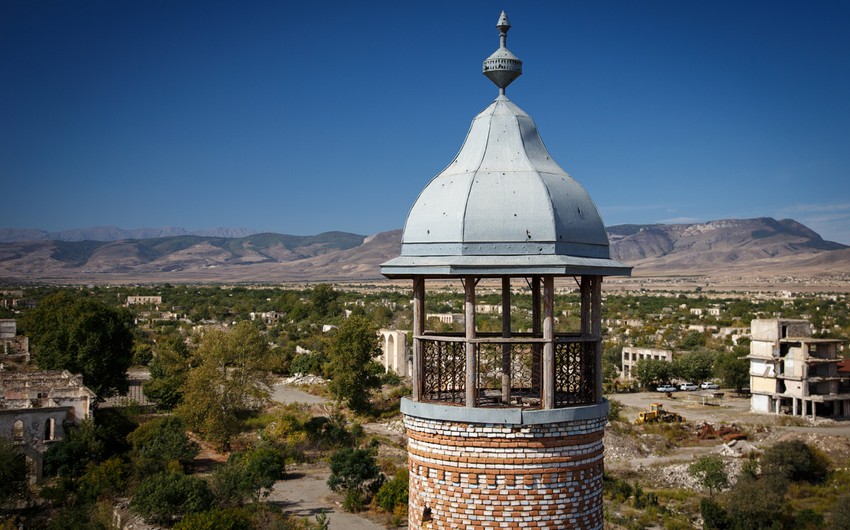 The 10 November 2020 trilateral statement of the leaders of Armenia, Azerbaijan, and Russia in the wake of the Second Karabakh War has put an end to the occupation of Azerbaijani territories and, as such, opened a window of opportunity to realize those peace initiatives of former regional leaders.

Report informs, this is stated in an analytical article published in

The resolution of this conflict and the trilateral statement's call for opening all transport and communication links in the region is indeed a unique chance to set in motion a virtuous circle of economic, political, and societal developments.

"We must create a new platform for cooperation in the region…", Azerbaijan's President Ilham Aliyev stated in the press conference with his Turkish counterpart President Recep Tayyip Erdogan on 10 December in Baku, suggesting to combine the existing cooperation platforms (Turkey-Azerbaijan-Georgia, Azerbaijan-Russia-Iran, Turkey-Russia-Iran) in the region and uniting them into a single six-party framework.

Inviting Armenia to join the initiative, President Aliyev added, "If the Armenian leadership draws the right conclusions from the war, renounces its unfounded claims, and looks ahead, then they can also take place on this platform. We are open to this. We must turn this page over; we must end the enmity."

Although the revanchist political groups currently prevail in post-war Armenia, calling for rapid (re)armament and preparation for a new war against Azerbaijan, few politicians do not rule out Armenia's participation in the peace platform.

The liberation of Azerbaijan's occupied territories, Azerbaijan's official recognition of the conflict as "resolved," and Armenia's agreement to the re-establishment of the state borders as these were during the Soviet times raise hopes that the two countries will be able to overcome the long-standing enmity, remove the blockades, restart commercial, societal and diplomatic relations and will play a leading role in the establishment of Pax-Caucasia.