Gunfight in Armenian army unit injuries officer and soldier in Nagorno-Karabakh Unable to withstand bullying, the soldier fired at the officer and heavily wounded him in the neck
1714 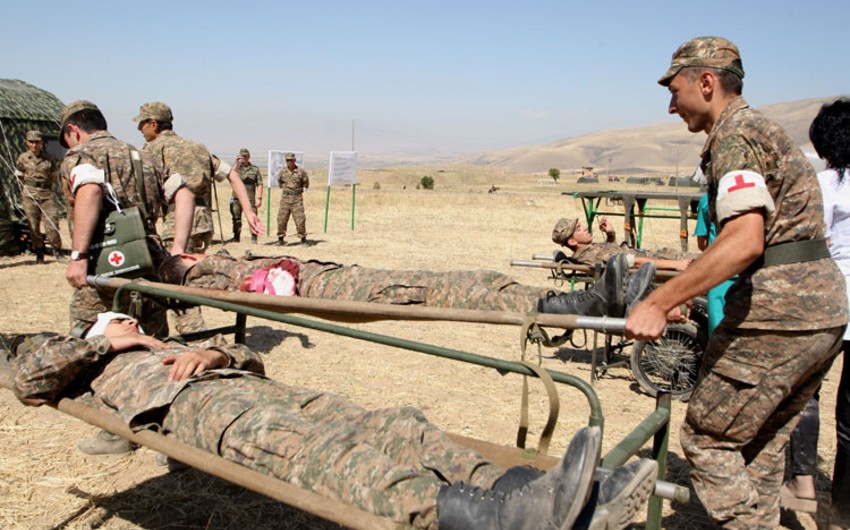 Baku. 17 July. REPORT.AZ/ A gunfight has occurred in one of the units of Armenian army stationed in the Nagorno-Karabakh.

As a result, officer and soldier were injured as a result of the gunfight.

The cause of the incident was the refusal of a soldier to carry out the engineering work at a post in one of the defense positions.

According to initial information, lieutenant Vakhe Grigoryan, commander of one of mountain infantry regiment in the Madagiz settlement, in a drunken state threatened soldier with weapon and forced him to dig a grave for himself.

Unable to withstand bullying, the soldier shot officer in neck. After the incident, the soldier wanted to commit suicide by shooting himself.

Other soldiers arrived at the scene immediately provided first aid to the wounded. Both servicemen were taken to the Aghdere military hospital.