General: Nagorno-Karabakh conflict is at a stage of dynamic progress 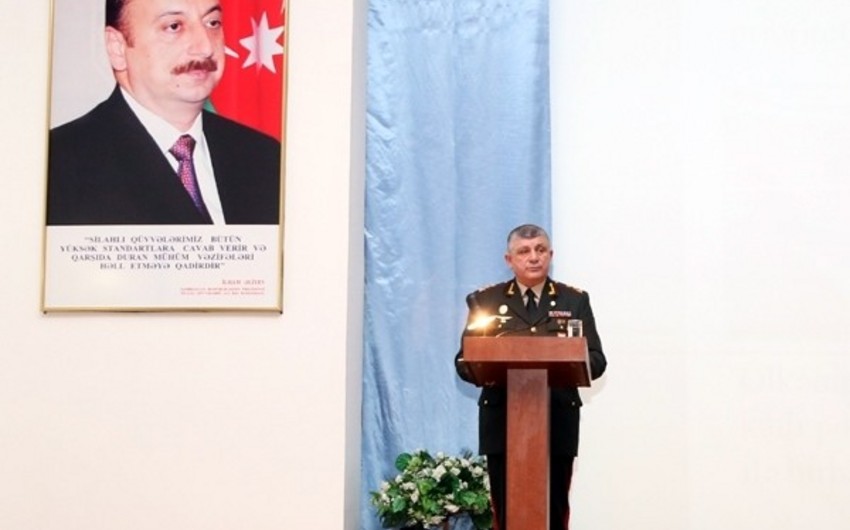 "The Armenian-Azerbaijani conflict is currently at the stage of dynamic progress," Chief of the Military Academy of the Armed Forces, lieutenant-general Heydar Piriyev said.

According to Report, Piriyev said Armenia's unwillingness to change the status quo was increasing the threat.

He recalled the speech of the president during the 16th Annual Meeting of the Valdai Discussion Club, where President Ilham Aliyev resolutely stated again that Karabakh is a historical, primordial land of Azerbaijan.

"Karabakh is Azerbaijan and an exclamation mark," the President said at the meeting.

According to Lieutenant General Piriyev, this fact indicates what the outcome of the Nagorno-Karabakh settlement will be.

"It is just right for Armenia to understand that the occupation of the territory of Azerbaijan and the preservation of the current status quo is not a solution to the conflict and will never bring the political result desired by Armenia. The April battles in 2016 showed that the military balance has changed in favor of Azerbaijan. Armenia must show a constructive approach to the process of Nagorno-Karabakh settlement and withdraw their forces from the occupied territories."