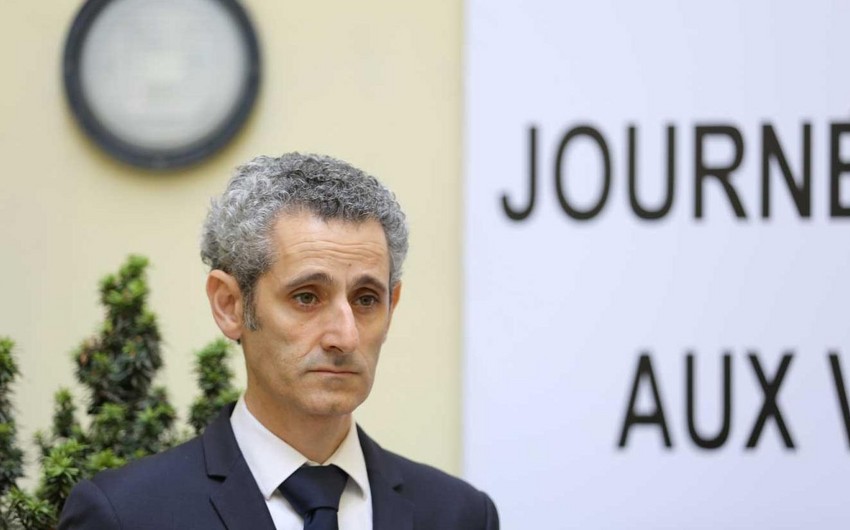 French ambassador to Azerbaijan Zacharie Gross has extended condolences over the death of Azerbaijani journalists Siraj Abishov and Maharram Ibrahimov in a landmine explosion in the Kalbajar district, Report informs, citing the diplomat's Twitter account.

"Very sorry to hear of the passing away of Siraj Abichov and Maguerram Ibraguimov due to a landmine in Kelbajar. Condolences to their loved ones," the ambassador tweeted.

Note that at about 11.00 am on June 4, 2021, a Kamaz passenger car with employees of TV channels and news agencies dispatched to the de-occupied Kalbajar region for their official duties was hit by an anti-tank mine while driving in the direction of the Susuzlug village. Three people, including Siraj Abishov (cameraman of AzTV), Maharram Ibrahimov (employee of AzerTaj news agency), Arif Aliyev (deputy representative of the head of the Executive Power in the Susuzlug village), died, and four others were hospitalized with various injuries.