Dutch Ambassador: Karabakh conflict should be settled peacefully within territorial integrity of Azerbaijan

Dutch Ambassador: Karabakh conflict should be settled peacefully within territorial integrity of Azerbaijan Defense Minister met with Ambassador of the Netherlands to Azerbaijan
119 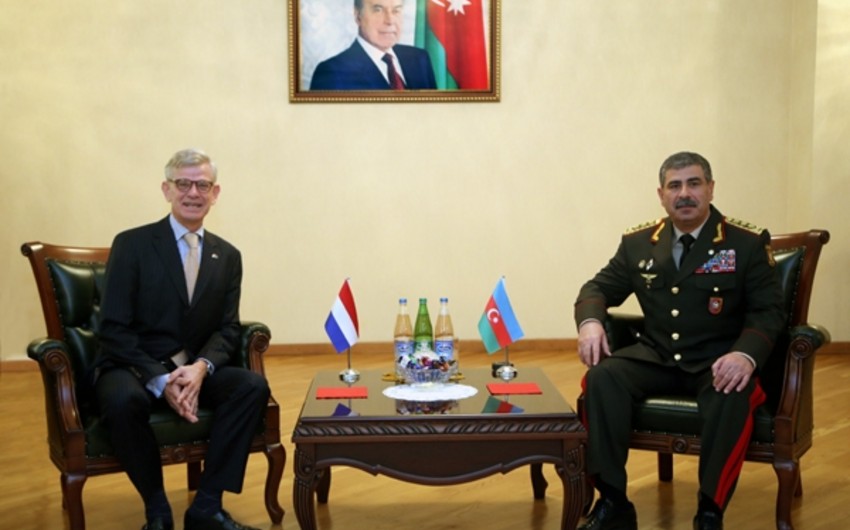 During the meeting, a wide exchange of views on the military-political situation in the region, military cooperation between Azerbaijan and the Netherlands, both in the bilateral format and within the framework of NATO, the joint fight against international terrorism, as well as issues of partnership in the field of military education, training, the exchange of experiences and in other areas.

The sides also exchanged views on the current state of relations and prospects for development were held.

The Ambassador highly appreciated the relations between countries in the military sphere, both in the bilateral format and within the framework of NATO, thanked the Azerbaijani side for the contribution of Azerbaijani peacekeepers to the international security within the mission in Afghanistan, and in general for the successful cooperation.

Recalling the position of the Alliance at the last NATO summit in Warsaw regarding to the Nagorno-Karabakh conflict resolution, the Ambassador stressed that the Netherlands as well as NATO and other international organizations supports the territorial integrity, independence and sovereignty of Azerbaijan.

Mr. O.Kervers emphasized that he supports the resolution of the conflict by peaceful means and within the framework of Azerbaijan's territorial integrity.
Minister of Defence has expressed confidence that during the diplomatic activity in Azerbaijan, the Ambassador will contribute to the development of relations between the two countries and wished him success.