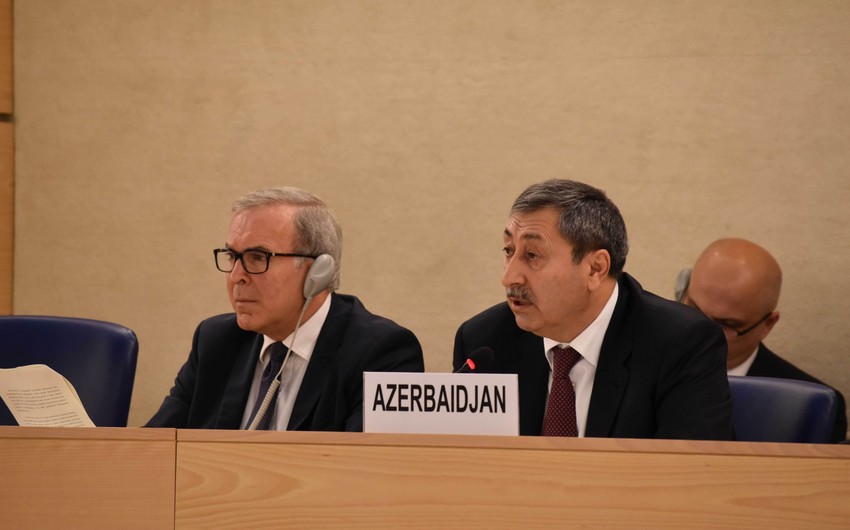 Baku. 21 September. REPORT.AZ/ "Armenia ignores the relevant resolutions of the UN Security Council and the General Assembly on the Nagorno-Karabakh conflict".

Report informs that Deputy Foreign Minister of Azerbaijan Khalaf Khalafov said at the meeting on adoption of the statement on the 3rd periodic report of the Working Group on Universal Periodic Review (UDI) within the 39th session of the UN Human Rights Council (IHG).

He regretfully noted that the recent statements of the Armenian leadership deliberately violate the negotiation process, serve strengthening of Armenian occupation in Azerbaijani territories and thus endanger the regions with new threats. The Deputy Minister stated that the responsibility for violation of the negotiation process and the increasing tension in the region lies with the Armenian leadership.

Khalafov urged the Armenian leadership to show a constructive position in the resolution of the conflict on the basis of the sovereignty of the states, territorial integrity, protection of internationally recognized borders and unconditional withdrawal from all occupied Azerbaijani territories.