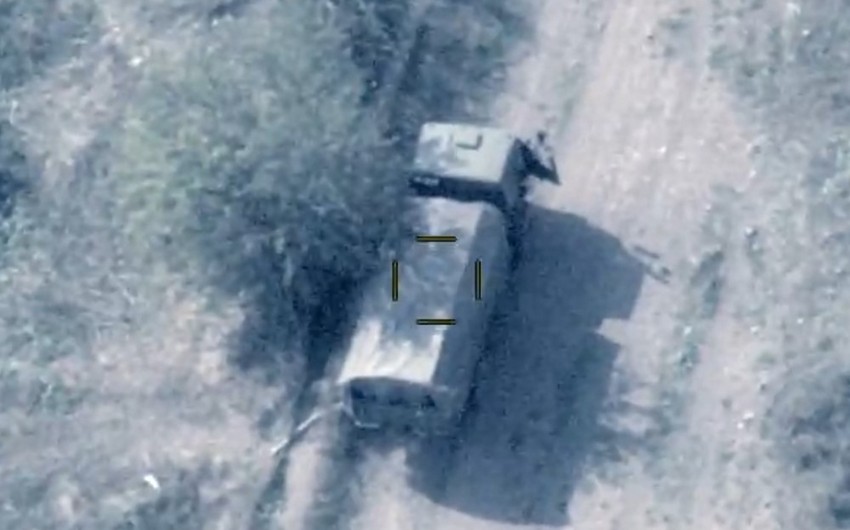 The movement of the enemy’s military vehicles with personnel in the direction of our positions was observed at noon on October 31.

It became known that the sabotage-reconnaissance group consisting of the Armenian special forces attempted to get closer to the defensive line of our troops to commit a provocation.

The auto vehicle was destroyed by the first fire strike on the enemy, and the scattered sabotage-reconnaissance group has begun to flee. It was also observed that the group members got into the second vehicle, “Kamaz,” to leave the area. And this car, filled with armed service members, was also immediately destroyed by a direct and precise hit.