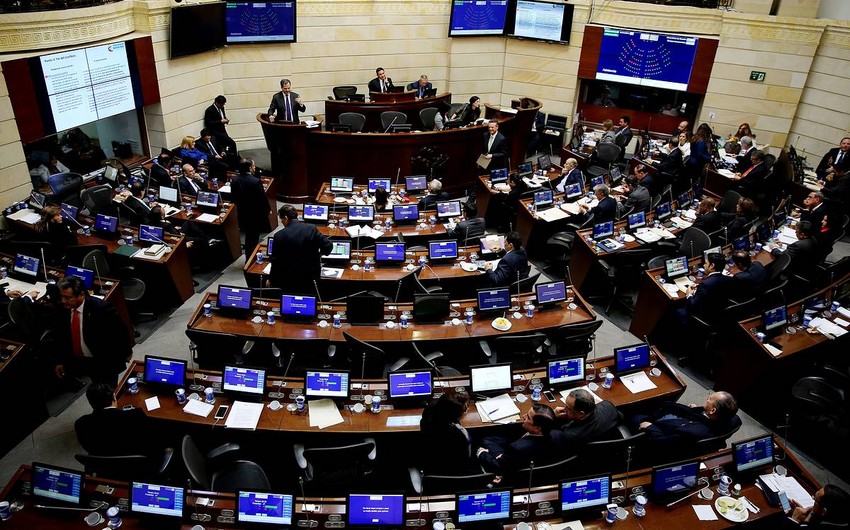 Starting from the afternoon on July 12, units of the Armenian armed forces, grossly violated the ceasefire on the direction of the Tovuz region of the Azerbaijani-Armenian state border.
As a result of the adequate steps undertaken by our units, the enemy was defeated and driven back suffering losses.
During the fighting, several service members of the Azerbaijan Army, including General-Major, were killed, and five were injured.
Many states and international organizations strongly condemned Armenians' actions aimed at the instigation situation on the front line. So far, Turkey, Moldova, Ukraine, The General Secretariat of the Organization of Islamic Cooperation, The Turkic Council, TURKPA Secretary General rendered their support to Azerbaijan and stressed the importance the peaceful resolution of the conflict within the internationally recognized borders of the Republic of Azerbaijan, based on respect for its sovereignty and territorial integrity.
"Foreign Affairs Committee of the Senate of Columbia adopted a statement condemning the attacks in the Tovuz district of Azerbaijan and calling to the settlement of the conflict based on the UNSC resolutions of 1993 and within sovereignty and territorial integrity of Azerbaijan. Thank you, Columbia!"
Report says Leyla Abdullayeva, spokeswoman for the Azerbaijani Foreign Ministry, posted on Twitter. The Foreign Minister thanked Colombia for its support. 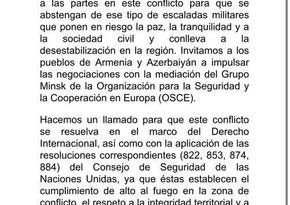