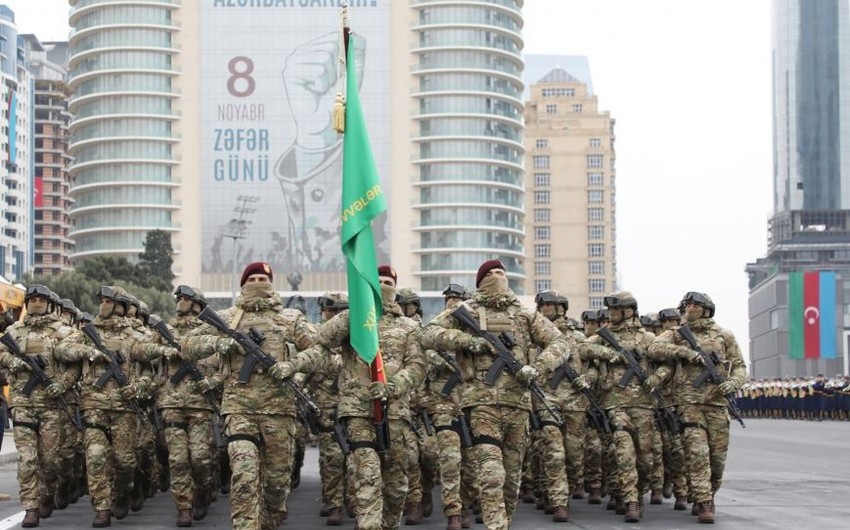 "The 44-day war between Armenia and Azerbaijan that began in late September 2020 has generated a flurry of discussion in think tanks, military academies, specialist journals and the press across the world. In the West and beyond, Azerbaijan’s conclusive victory over the forces of Armenia has been widely attributed to two factors: drone technology and Turkish aid. Governments and militaries around the world have noted with keen interest how UAV technology, deployed by a lesser regional power, reversed a near-30-year status quo. Diplomats and journalists have likewise noted Turkey’s increasing willingness to throw its weight around in the neighbourhood.

Unsurprisingly, a number of official, semi-official and unofficial Russian outlets have published their own views on the outcome of a war that took place in what Russia considers to be its own backyard. Yet these accounts by Russian experts have adopted a more nuanced explanation for Azerbaijan’s victory, avoiding an overemphasis on drone warfare and Turkish aid.

Lesson one: The quality of troops in the field still matters

Likely the Russian outlets’ most profound departure from Western lessons has been an all-round readiness to reaffirm a more traditional take: technology is still trumped by the quality of troops in the field.

A December 2020 article in Army Standard, a Russian Army newspaper, makes this point well. The author uses casualty statistics to shed light on the calibre of the troops fielded: while on both sides the majority of the fallen were within the 17–19 age range, Azerbaijan sustained more losses among older groups. Of the Azerbaijani casualties, 30% were within the 25–27 age range – likely soldiers with 3–5 years of experience – indicating that Baku was fielding an all-round more professional army with recent battlefield experience.

Conversely, the Armenian defence is characterised as ‘old and young’: young conscripts and volunteers led by older, Soviet-trained officers, following outdated Soviet-era tactics – and particularly lacking in knowledge or experience of battlespaces characterised by heavy UAV use. The author cannot resist a sideswipe at Armenia’s half-hearted contribution to Russia’s Syria operation – a missed opportunity, in his view, for Armenian forces to gain valuable experience on the modern battlefield.

Such sentiments are echoed in apparently unofficial publications, including the popular Military Review, which takes the impolitic step of calling into question the competence of rank-and-file Armenian troops. An article published soon after the Armenian surrender compares the orderly and uncomplaining ‘German’-like Azerbaijani forces with what it sees as inept and disorganised Armenians.

The implication is clear: while technology has changed the battlefield, competent soldiering will remain the central determinant of the outcome of future wars.

Lesson two: The character of the entire battlefield has changed

No less profound has been the readiness in Russia to recognise that Nagorno-Karabakh holds lessons for the entire battlefield, not just the air domain. According to Army Standard, the conflict was a ‘meeting’ of the Soviet- and modern-era approaches to warfighting, serving as ‘confirmation of the fact that the tactics of war from an era of US–USSR confrontation belong to the past’.

By way of example, the author highlights the failed Armenian defence of the so-called ‘Bagramyan line’ – a series of fortifications straddling the Nagorno-Karabakh–Azerbaijan border set up during the First Nagorno-Karabakh War with the funding of the Armenian diaspora. Armenia entered the war expecting to defend the same positions, reportedly left largely unaltered since the 1990s. In reality, Azerbaijani drones and artillery made quick work of pre-identified defensive positions, and swiftly pinpointed Armenian air-defence assets for destruction.

A December article published in the Military-Industrial Courier by Valdai Club commentator and political scientist Alexander Khramchikhin, reaches similar conclusions. Armenia’s victory in the First Nagorno-Karabakh War (1988–94) could be attributed to the fact that an ‘order of magnitude’ more Armenian officers had been trained by the Soviet Army and had real battlefield experience from Afghanistan, enabling Armenia to achieve victory in spite of Azerbaijan’s comparable numerical and technical advantage. Since then, Khramchikhin observes, the Armenians had ‘merrily rested on their laurels, confident that the situation of 1992–1994 would last forever’, and sure of the ‘eternal incapacity’ of the enemy.

In effect, a Soviet-era defence met a 21st century offensive. Azerbaijani technology provided an edge, but greater levels of competence and preparation on the part of Armenia could have blunted its effect.

Lesson three: National ‘will to fight’ counts – a lot

While Yerevan comes in for sharp criticism for its underestimation of the old enemy, and failure to grasp the realities of the modern battlefield, much praise has been heaped on Baku. Indeed, Russian admiration of Azerbaijan’s single-minded focus on changing a near-30-year status quo has been palpable, especially given Armenia is supposedly one of Moscow’s closest allies.

Western observers might be tempted to call this, as RAND has, the ‘national will to fight’ – a determination to achieve a military objective by making use of all aspects of national power, and to pursue that objective even at significant political, economic and military expense. The large majority of Russian articles on the conflict credits Azerbaijan with an astute, decade-long military modernisation programme executed with a laser focus on regaining Karabakh – the result being, as the Military Review puts it, that while Azerbaijan was incorporating elements of twenty-first-century technology into its army, Armenia’s armed forces languished in the twentieth.

The determination of the Azerbaijanis is contrasted with a lack of resolve on the part of the Armenian leadership. An unwillingness in Yerevan to send Armenian troops to the front – instead leaving the brunt of the fighting to so-called "NKR" conscripts and volunteers – is alleged in the Military-Industrial Courier. Khramchikhin again pulls no punches here, observing that ‘the Armenians did not lose a single Su-30, but they did receive an entirely-deserved national disaster.’

Russian outlets have not shied away from asking what their country has to do to properly effect the lessons of the war – particularly the need fully to come to terms with national weaknesses. Some of the more introspective analysis of the conflict has appeared in unofficial outlets such as Military Review, which cautions against the same mistake Armenia had been making since 1994: believing one’s own propaganda. A ‘distorted public understanding’ of Russia’s own military capabilities benefits nobody, either before or during conflict, the Review tells its readers: ‘If one side [meaning Azerbaijan] had been stubbornly preparing for this … the other … had been preparing, in fact, for parades.’

Harsh criticism is once again reserved for the Armenian leadership across outlets, and especially for Yerevan’s poor procurement decisions. Both Khramchikhin and the Army Standard draw attention to Armenia’s decision to purchase used and outdated Soviet-era air-defence systems from Jordan with no capacity to counter UAVs effectively, rather than modern Russian systems. Military Review takes a somewhat different view, singling out Armenia’s purchase of the modern Iskander-E short-range ballistic missile from Russia – which ultimately proved to be of little to no combat value – for particular criticism: a ‘tailcoat … for the barefoot man in tattered trousers’.

The key takeaway is that, in order to avoid Armenia’s mistakes, Moscow needs to have a realistic understanding of its own military capabilities, and to think soberly about its limitations and procurements.

Undoubtedly, Turkish aid and drone technology played their role in determining the outcome of the conflict. Striking images of Turkish-built Azerbaijani drones targeting defenceless Armenian positions are still likely to be how the war is remembered in Moscow, as much as it is in London, Brussels or Washington. Moreover, there is no evidence that these lessons are lost on Moscow: quite the contrary.

But, in general, the evidence suggests that Russia has adopted an altogether more nuanced understanding that takes into account the battlefield as a whole and the nations that fight upon it – and asks how it can learn from those lessons.

Put simply, the general mood in Russia appears to be that in cold, hard, military terms, Azerbaijan ‘deserved’ to win – and Armenia ‘deserved’ to lose".