Azerbaijani President: What happens and what may happen in our occupied territories is our internal affair

Azerbaijani President: What happens and what may happen in our occupied territories is our internal affair 'Armenian leadership has put itself in such a ridiculous situation that Armenia still feels grave consequences of it' 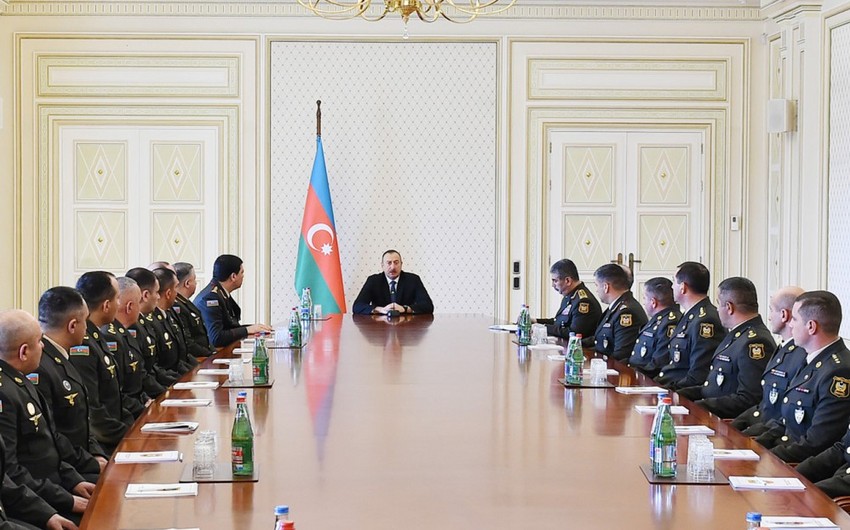 Baku. 31 March. REPORT.AZ/ “During the April battles the Armenians appealed to international organizations, different countries so that the battles end as soon as possible. Then they accused several countries of not helping them. But the Nagorno-Karabakh conflict is our internal affair. The Nagorno-Karabakh is recognized by the entire world, co-chair countries of the Minsk Group as an integral part of Azerbaijan. What is happening and what may happen in the Nagorno-Karabakh and all the occupied lands is our internal affair. No international organization or country can interfere with our internal affair”, Report informs, said President of Azerbaijan, Commander-in-Chief Ilham Aliyev as he received a group of servicemen on the anniversary of the April victories of the Azerbaijani army.

“During the April battles the Armenian leadership was completely exposed because they suffered a heavy defeat and did not receive any political support. But, in fact, they relied on that support very much. And when they did not receive that support they, as usual, started to accuse different countries. At the end of the day, they were forced to admit their defeat in the April battles. First, they said that they did not lose the lands. Then they said that these lands are unimportant. Then they said that they will retake these territories. All this is totally untrue. The Armenian leadership has put itself in such a ridiculous situation that Armenia still feels grave consequences of this,” the Azerbaijani President added.