Azerbaijani MFA: Armenia’s hysteria is a vivid demonstration of its particular concern and panic

Azerbaijani MFA: Armenia’s hysteria is a vivid demonstration of its particular concern and panic Official Baku comments on discussion at the joint press conference of Foreign Ministers of Armenia and Russia in Yerevan on November 9 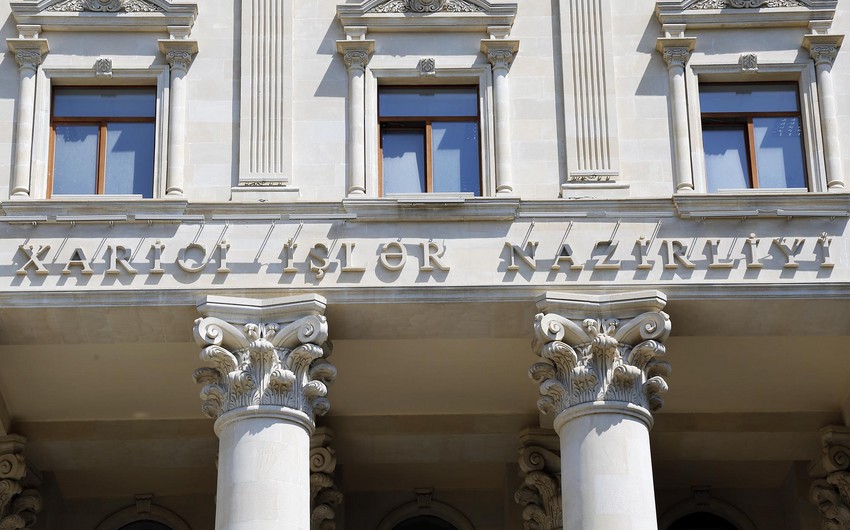 Baku. 10 November. REPORT.AZ/ Official Baku commented on discussion at the joint press conference of the Foreign Ministers of Armenia and Russia in Yerevan on November 9.

"Official Armenia’s hysteria with regards to the report prepared by the member of the Political Affairs Committee of the Parliamentary Assembly of the Council of Europe (PACE) Robert Walter and adopted resolution by the Committee is the vivid demonstration of its particular concern and panic. It is yet another testimony of Armenia’s fear of the just and fair approach of the international community towards Armenia-Azerbaijan Nagorno-Karabakh conflict resolution", the spokesman of Azerbaijani Foreign Ministry Hikmet Hajiyev said in a statement.

"Aforementioned report was also a subject of discussion at the joint press conference of the Foreign Ministers of Armenia and Russia in Yerevan on November 9th. We stand in line with the view expressed at the press conference that OSCE MG acts on the basis of agreement between Armenia and Azerbaijan approved by the relevant UN Security Council resolutions (822, 853, 874, 884) for the settlement of the conflict", the statement declares.
"OSCE document dated 23 March 1995 numbering 525/95 on the mandate of the OSCE MG Co-Chairs also endorsed that Co-Chairs in their activities should be guided by the appropriate resolutions of the UN SC (822, 853, 874, 884), the Charter of the United Nations and the OSCE Budapest Summit decisions and should present report on the implementation of the UN SC resolutions to the President of the UN SC and the Secretary General of the United Nations.
The Ministry of Foreign Affairs of the Republic of Azerbaijan repeatedly expressed its dissatisfaction that the OSCE MG Co-Chairs has so far failed to fulfill the mandate entrusted by the UN SC. Within the period of more than 20 years OSCE MG Co-Chairs did not yield any progress in the resolution of the conflict, figuratively speaking, not even a single soldier of Armenian armed forces left the occupied territories of Azerbaijan and also not even a single refugee and IDPs returned to the homes of their origin.
The main causes for that are related with the conciliatory attitude of the OSCE MG to the continuous occupation of Azerbaijan’s territories by Armenia", H.Hajiyev added.