Azerbaijani FM: Armenia should think about what heroization of terrorists leads to

Azerbaijani FM: Armenia should think about what heroization of terrorists leads to The glorification of fascism is unacceptable, Azerbaijani Foreign Minister Jeyhun Bayramov said. 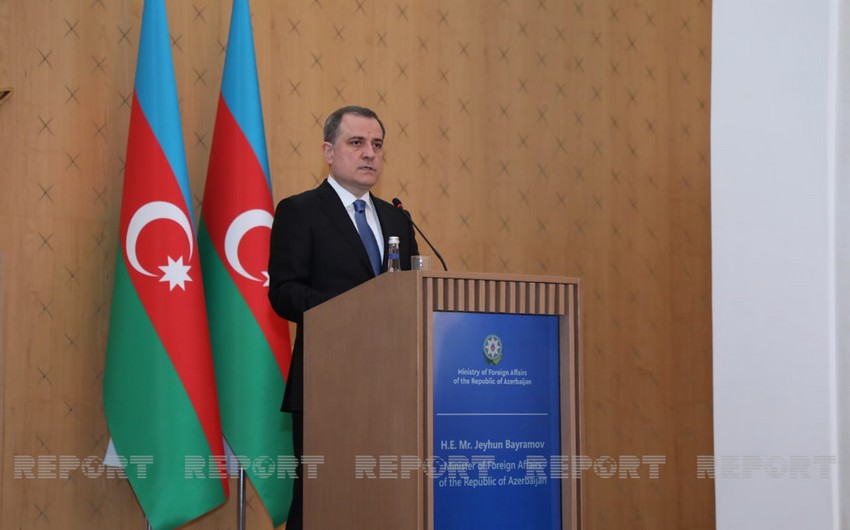 “The glorification of fascism is unacceptable. Even though Armenia joined the UN resolution, there is a cult of Garegin Nzhdeh in the country; streets and schools are named after him,” Azerbaijani Foreign Minister Jeyhun Bayramov said at a press conference following a meeting with Russian Foreign Minister Sergey Lavrov, informs.

At the same time, according to Bayramov, this problem is much bigger than simply glorification of Nzhdeh:

“There is a glorification of international terrorists in Armenia, one of them is Monte Melkonian.”

The minister also noted that in February the Holocaust monument in Yerevan was desecrated, and in April the monument to Mahatma Gandhi was burned.

“All this shows how deeply this problem sits in the Armenian society. They need to think about where this is going,” Bayramov added.