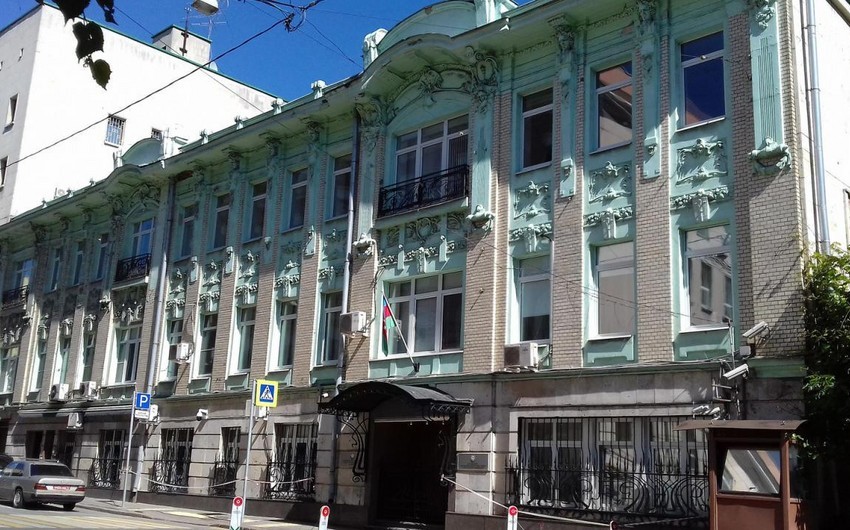 "The clashes on November 16, 2021, are not spontaneous incidents. They are a pre-planned and deliberate provocation of the military-political leadership of Armenia. To aggravate the situation, an attempt was made to capture a number of heights in the direction of Kalbajar and Lachin districts to achieve a military advantage.

“In order to compensate for the heavy defeat in the 44-day war, Armenia began successive provocations against units of the Azerbaijani army. On November 6-7, the former defense minister of Armenia made an illegal visit to the territory of Azerbaijan, where the Russian peacekeeping contingent is temporarily located, and allowed a number of actions of an inflammatory and provocative nature," the embassy said.

“On November 13, in the vicinity of the city of Shusha, Armenian terrorists committed another terror act against Azerbaijani servicemen, throwing a grenade at them. As a result, 3 servicemen were injured. As can be seen from the above, the responsibility for the escalation of tension in the region rests entirely with the military-political leadership of Armenia, which, in parallel with the undertaken military adventure on the border, continues to carry out a campaign of lies and denigration against Azerbaijan in the international arena.

“Azerbaijan proceeds from the fact that the international community should call on Armenia to put an end to groundless claims against Azerbaijan, and in accordance with the norms and principles of international law, on the basis of mutual respect for sovereignty, territorial integrity and inviolability of internationally recognized borders, oblige Armenia to take constructive steps to establish bilateral interstate relations, including the start of the process of delimitation and demarcation of the state border," the embassy of the Republic of Azerbaijan in the Russian Federation said.