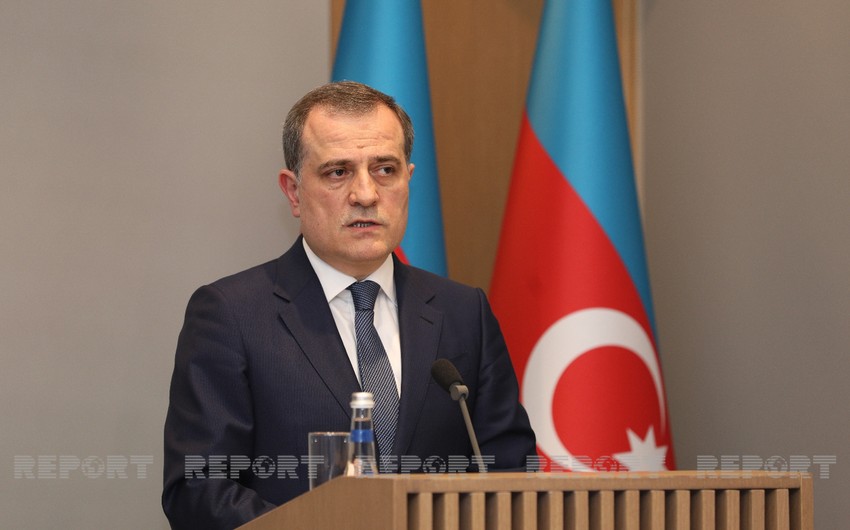 "Sustainable peace, development, and progress form the basis of the vision of Azerbaijan's future, and in this regard, the full implementation of the trilateral statements is important. The Azerbaijani side expects Armenia to respond to the steps taken in this direction," Azerbaijani Foreign Minister Jeyhun Bayramov said during the meeting of the foreign ministers of the EU Eastern Partnership countries.

Report quotes the minister as saying the opening of all communications in the region passing through the territory of Armenia and Azerbaijan would significantly affect the growth of trade and transport in the interests of both countries and all countries of the region, as well as partners:

"The Zangazur corridor is an important initiative in this regard. As an important part of the East-West transport corridor, it will contribute to the EU's efforts to ensure reliable and secure logistics corridors inside and outside the Eastern Partnership."