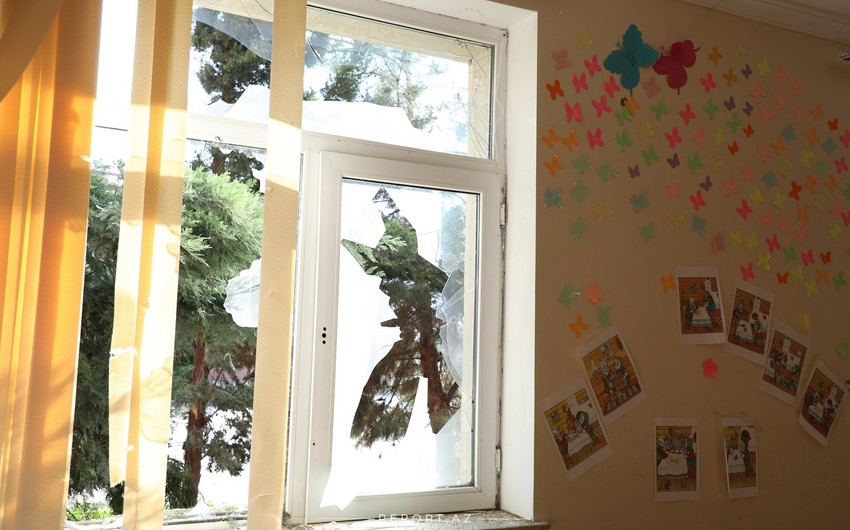 During a conversation with Report journalist, the school principal said that the enemy fired on the city on October 17 at around 9 p.m: "One of the shells hit the front of the school. More than ten classrooms were damaged. The windows of the rooms were broken, and the walls collapsed."

Several houses were damaged due to another shelling of Tartar on October 17 by the Armenian armed forces in gross violation of the humanitarian ceasefire.