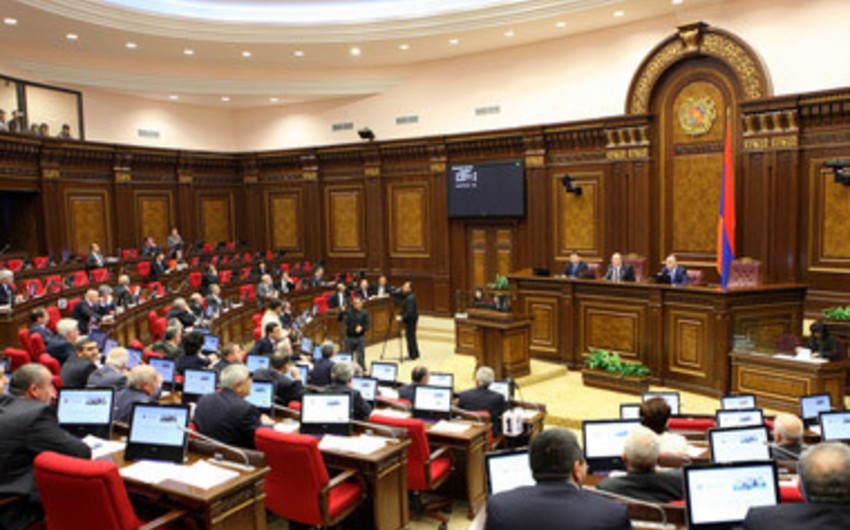 Baku. 30 September. REPORT.AZ/ Armenian Parliament refused to include discussion of the bill in agenda of the meeting "About the Military-political Principles of Safety of Armenia and NKR" providing recognition by Yerevan of the so-called Nagorno-Karabakh Republic by a majority of vote, Report informs citing RIA Novosti news agency.

This bill was submitted for consideration of Parliament in October, 2009. Since then the document has been repeatedly rejected. Parliamentarians explain the refusal to recognize independence of Nagorno-Karabakh as unwillingness to harm the negotiation process on peaceful settlement of the Azerbaijani-Armenian Nagorno-Karabakh conflict.

"The constant parliamentary commission on external relations considered including of the bill in agenda of plenary session inexpedient," the speaker of Armenian Parliament Galust Saakian declared.

The author of the bill deputy Zarui Postandzhyan also agreed to postpone discussion of the matter for a year.