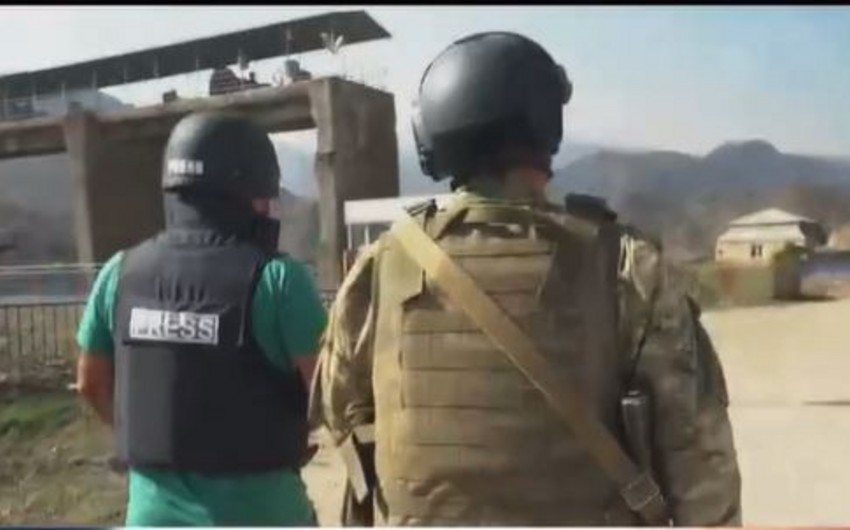 "We strongly condemn the shelling of the Euronews film crew and their vehicle by the Armenian armed forces with kornet anti-tank missile in the liberated villages of Talish and Sugovushan in Azerbaijan," said Hikmat Hajiyev, Assistant to the President and Head of the Foreign Policy Department of the Presidential Administration.

"We consider this attack by Armenia as an attack on free speech and professional journalism.

"Fortunately, the rocket escaped the target, and the staff was not injured. The vehicle was damaged by shrapnel.

"The strike on the car, which bears Euronews' long-range logo, by a guided anti-tank missile was targeted and purposeful.

"Even when international media outlets broadcasting about military operations from the Azerbaijani side return to their countries, they face verbal and physical aggression, blackmail, and threats from Armenian lobby circles. In some cases, under the Armenian lobby pressure, journalists who carry out their professional activities have to lose their jobs. Armenian lobby's charges on the French TV channel TF1 and its film crew, which made the Azerbaijan report, are a clear example of this.

"At present, more than 70 international media representatives function in Azerbaijan. Following the front's operational conditions, they are allowed to prepare records and carry out their professional activities," Hajiyev added.