American politician: The Albanian Ganjasar church has nothing to do with Armenian Gregorian church

American politician: The Albanian Ganjasar church has nothing to do with Armenian Gregorian church 'Changing name of church is a clear violation of International humanitarian law'
182 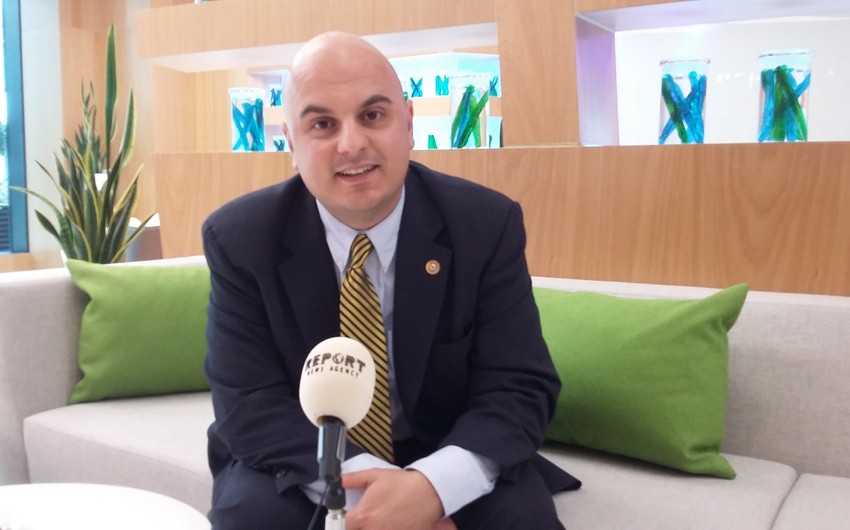 Baku. 7 August. REPORT.AZ/ "The Alban Church located in Kalbajar, an Azerbaijani district occupied by the Armenian Armed Forces, is one of many examples where Armenian authorities purposely change the names of these Azerbaijani cultural sites".

The American politician Peter Tase told Report regarding the ceremony held recently by the Armenian separatists in the Albanian church of Ganjasar, which the Armenians renamed Gandzasar.

He noted that the Ganjasar Church of Caucasian Albania was built in 1216 upon the order of Prince Hasan Jalal, one of the rulers of Ashagi Khachin. P. Tase stressed that it became the residence of Albanian Church worshipers and a cradle of Albanian culture.

"The Ganjasar Church, based on its archeological discoveries, has nothing to do with the Armenian Gregorian church. The repeated actions of misappropriating Azerbaijani cultural and religious treasures, by the government of Armenia are a clear violation of International humanitarian law", P. Tase added.