Ambassador of State of Palestine: Nagorno-Karabakh conflict must be solved for benefit of entire region

Ambassador of State of Palestine: Nagorno-Karabakh conflict must be solved for benefit of entire region 'You can't keep this fire smouldering', Nasser Abdel Kareem says
127 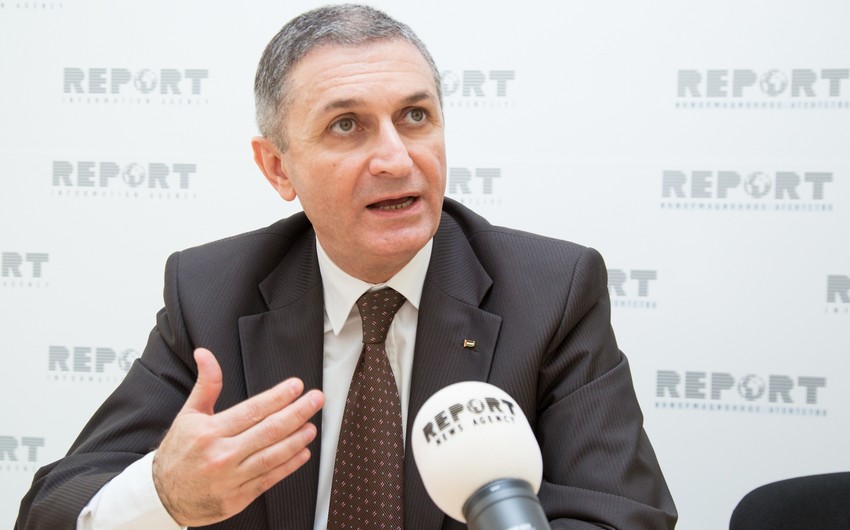 Baku. 4 June. REPORT.AZ/ "The conflict in need to be solved. Solving the issue of Nagorno-Karabakh will help this region immensely." Ambassador of State of Palestine to Azerbaijan Nasser Abdel Kareem said in his interview to Report News Agency.

The Ambassador stated that, territorial integrity of Azerbaijan is one of the core issues.

"Solving the issue of Nagorno-Karabakh will help this region immensely The peaceful resolution will bring great dividends to not only for Azerbaijan, that has already been developing and seeing the fruits of its resources and moving forward, but to Armenia living like many years behind Azerbaijan in the case of development and the whole region", N.A. Kareem said.

"You can't keep this fire smouldering", he added.

The Ambassador said that, Azerbaijan is wisely approaching the problem of Nagorno-Karabakh. "Palestine supports Azerbaijan for 100% in this issue. We believe the conflict should be resolved in peaceful way through negotiations", N.A. Kareem added.

Commenting on development bilateral relations, the Ambassador stated that, In last 3-4 years Azerbaijani-Palestinian relationships 'has been developing on climbing trajectory,and it never was better than it is now'.