​Ambassador of Azerbaijan: The co-chair countries concentrated their efforts on pursuing their interests in the region

​Ambassador of Azerbaijan: The co-chair countries concentrated their efforts on pursuing their interests in the region "The co-chairs have effectively monopolised the peace process" 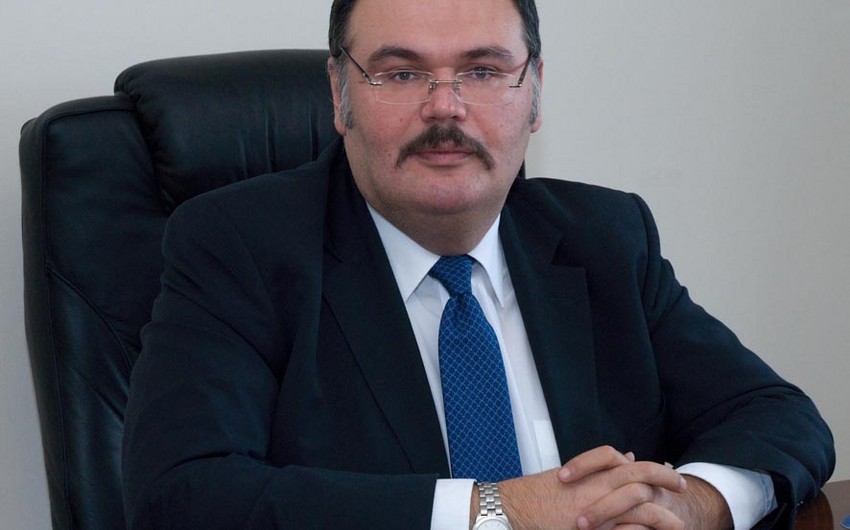 Baku. 12 April. REPORT.AZ/ Unfortunately, the past few days have seen an unprecedented escalation of violence and shelling of Azerbaijani civilian settlements by the Armenian armed forces. The shelling has led to dozens of civilians being killed and wounded, some of them in left critical condition.

Report informs, Azerbaijani Ambassador to the UK, Tahir Tagizade has stated in his interview with the Diplomatic Magazine, commenting on escalation of violence on the contact line between the armed forces of Azerbaijan and Armenia in early April.

Azerbaijan has declared a unilateral halt to military operations in the spirit of peace, and has shown goodwill to avoid further escalation and casualties. However, Armenia has rejected this call for ceasefire and even expanded its theatre of military operations forcing Azerbaijan to retaliate and take necessary steps to protect the civilians in the conflict zone.

Speaking about the causes of this situation, Mr Ambassador pointed out two reasons. Firstly, the continuing military presence of Armenia in the occupied territories of Azerbaijan and its refusal to withdraw these forces from the internationally recognised territories of Azerbaijan. Secondly, the international community – in particular the OSCE’s Minsk Group co-chairs – have not taken adequate steps to resolving this conflict peacefully. "The co-chairs have effectively monopolised the peace process, refusing to cooperate with other institutions or individual countries that could potentially contribute to the process. We regret that the co-chair countries have concentrated their efforts on pursuing their interests in the region, rather than working closely with a view to drawing up a sustainable peace plan," - stated the Ambassador.

"The on-going escalation is a clear indication of the defunct peace process, and is a demonstration of how easily the situation can get out of control."