Allahshukur Pashazade: 'If process of return of occupied lands not starts, conflict can arise again'

Allahshukur Pashazade: 'If process of return of occupied lands not starts, conflict can arise again' 'Neither Azerbaijani nor Armenian people will be removed'
682 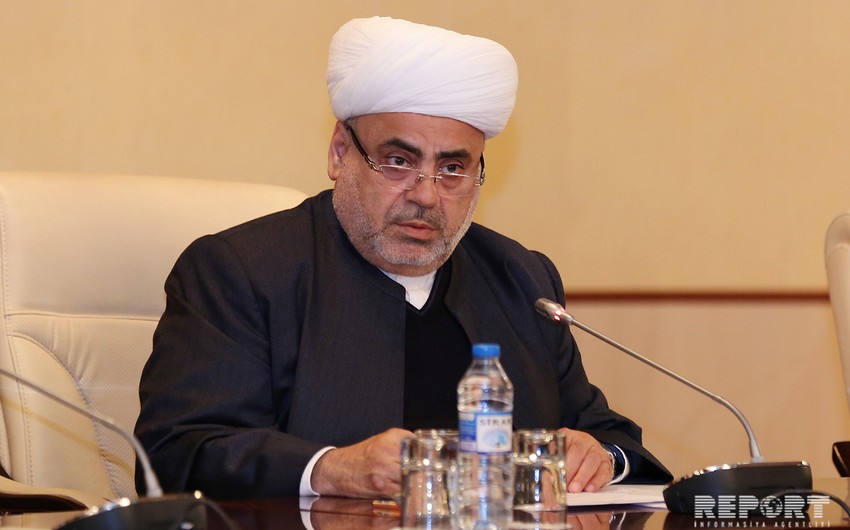 Moscow. 8 September. REPORT.AZ/ "This is a meeting of religious figures, not servicemen. If negative events occur, we try to find a peaceful solution to the problem. Religious figures can do a number of works regarding settlement of Armenian-Azerbaijani Nagorno-Karabakh conflict. There is an opportunity to do this".

Russian bureau of Report News Agency informs, Chairman of the Caucasian Muslims Office Sheikhulislam Allahshukur Pashazade said in Moscow meeting with Catholicos of all Armenians Garegin II and Patriarch Kirill of Moscow and All Russia.

"Nagorno-Karabakh and surrounding seven regions have been occupied. These lands are Azerbaijani territories. We have to appeal to the heads of states and to call for a peaceful settlement of the conflict. Millions of people have been displaced from their native lands, they cannot visit graves of their relatives. It is unacceptable to keep animals in the sacred places, mosques. Firstly, the regions that are not included in the Karabakh territory must be returned to Azerbaijan. Relevant process must be launched. If this process does not start, conflict can arise again", the CMO Chairman said.

"We do not meet for the sake of a meeting. We should appeal to the heads of the states to be active in solving this issue. Because Azerbaijan and Armenia are neighboring countries. Therefore, it is important to reach peace process. Because neither Azerbaijani nor Armenian people will be removed. Both people should believe in our call for peace. If we don't act and blame each other after the meeting, then there will be no results", A. Pashazade noted.