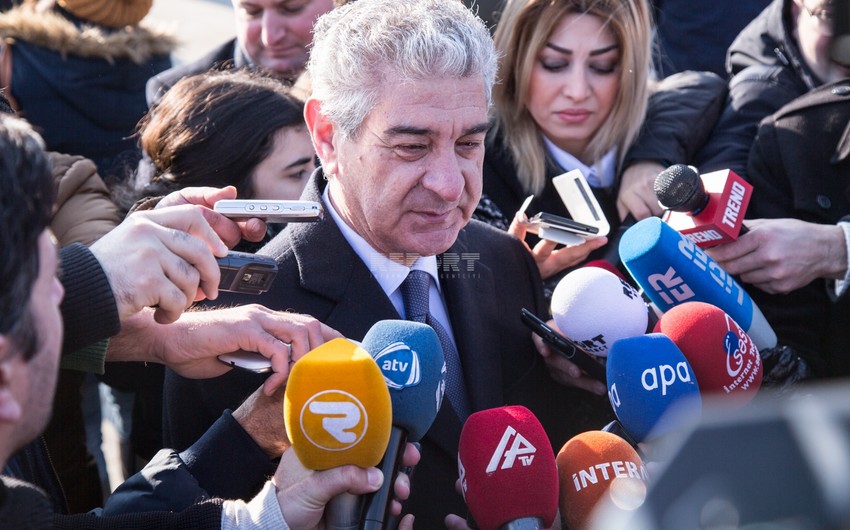 Taking two hostages, setting the court shows that the Armenian government, the separatist regime, has a hostile position towards Azerbaijan. This is due to their hostile position against us, A. Ahmedov said.

According to him, Armenians became in shameful situation before the international community.As long as they keep this kind of attitude towards the hostages, their real face will be shown before the world community .

Deputy Prime Minister said that, Azerbaijan doing all works for release of hostages and this process is going on.

Last July, in Azerbaijan's occupied region of Kalbajar Azerbaijani citizens Dilgam Askerov and Shahbaz Guliyev captured illegally, Hasan Hasanov, had been killed. Hasan Hasanov's corpse was taken only a few months later and it was possible to burial in Azerbaijan.

However, a fake trial was arranged against Askerov and S.Guliev who tried to visit the graves of their loved ones and they were illegally imposed a sentence.