27 years pass since occupation of Aghdara 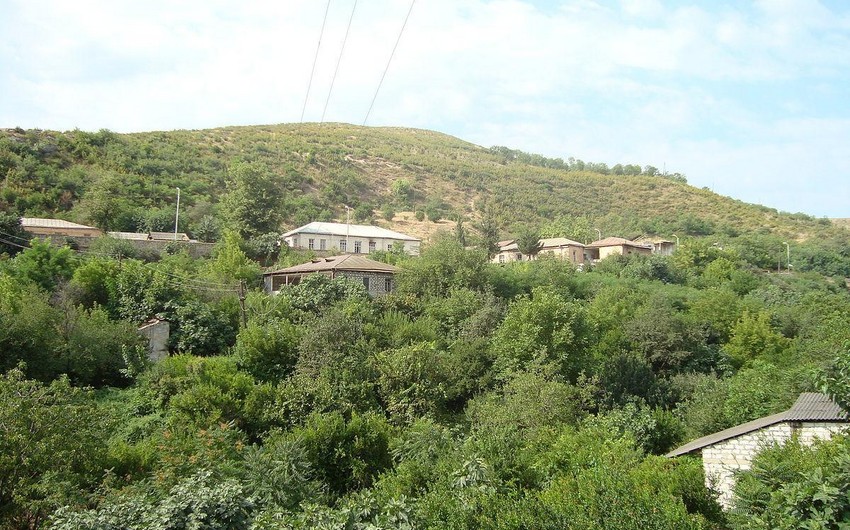 July 7 marks 27 years since the Armenian Armed Forces' occupation of the city of Aghdara of Azerbaijan's Tartar region and neighboring villages.
Like the other provinces in Azerbaijan's Nagorno-Karabakh region, the Aghdara region was captured by the Armenian armed forces during the beginning of the Nagorno-Karabakh war, Report says.
Aghdara city was liberated from the Armenian occupation on July 4, 1992, for a year, intensive fighting ensued in nearby villages. The political situation in Azerbaijan was volatile in those times. Given this opportunity, the Armenian army re-occupied Aghdara on July 7, 1993.
The occupation, accompanied by total ethnic cleansing, led to the expulsion of its entire Azerbaijani population, the destruction of the cultural heritage, the falsification of its image, and the destruction of infrastructure.
Aghdara means a white valley in Azerbaijani. The population of the region, with an area of 1,705 square meters, was 44,400 people before the Armenian occupation.
There were two villages of the district type, 52 communities, 62 cultural centers, 51 libraries, 30 secondary schools, 27 pre-school children entities, seven hospitals and one technical, a secondary, and vocational school in Aghdara.
It was one of the principal cities of the Nagorno-Karabakh region in terms of agriculture. The main sectors in its economy were viticulture, grain crops, tobacco, and cattle breeding.
Aghdara had fatty deposits of coal, limestone, gold, and copper, lead, and zinc. There is also the Sarsang reservoir on the Tartar River not far from Aghdara.
After the occupation of these lands, Armenia turned the Sarsang reservoir into a means of humanitarian and ecological terror. The Armenian side, deliberately opening the gutter sections in the winter months, creates conditions for flooding the territories inhabited by Azerbaijanis in the lower Tartar.
The occupation regime established in Nagorno-Karabakh carries out illegal actions to plunder the wealth of Aghdara, depleting its natural resources by barbaric methods, including unlawfully attracting foreign individuals and legal entities.
Today, internally displaced persons from Aghdara live in various cities and regions of Azerbaijan and are surrounded by the state's care.