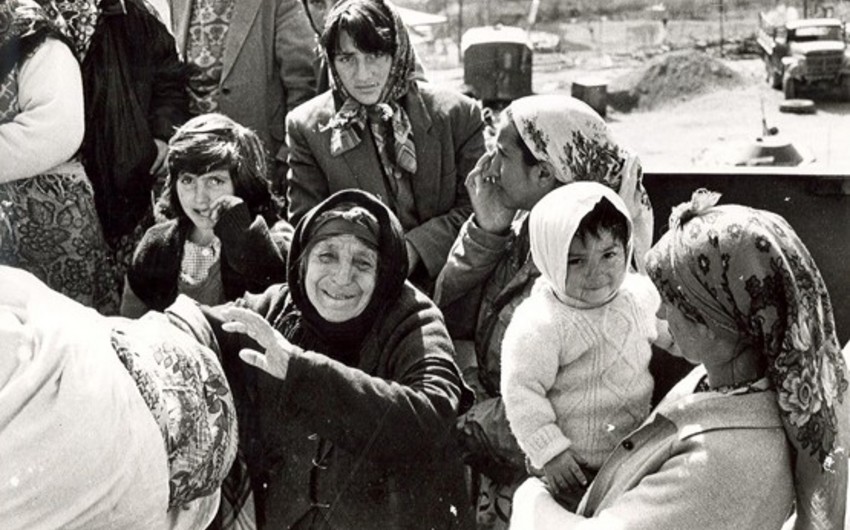 Baku. 8 April. REPORT.AZ/ Today is the anniversary of Aghdaban genocide.

Report informs, 25 years have passed since the genocide.

On the night of April 7 to 8, 1992, Armenians completely burnt and razed to the ground Aghdaban village of Kalbajar region, consisting of 130 houses. 779 civilians of the village subjected to inhuman tortures, 67 people were killed, 8 persons at the ages of 90 -100, 2 minors and 7 women were burnt alive.

As one more manifestation of continuation of vandalism policy committed by Armenians against our cultural heritage, manuscripts of poet Aghdabanli Gurban and master of classic ashug poetry Dede Shamshir were destroyed.

Assessing the tragedy from legal and political point of view for the first time, national leader Heydar Aliyev named Aghdaban events as the greatest crime against humanity and described as a shame to all humanity.