Scientists found deepest-living fish in Pacific Ocean - VIDEO Baku. 2 December. REPORT.AZ/ In the crushing depths of the ocean, scientists have discovered a species of fish that thrives deeper than any other.
2492 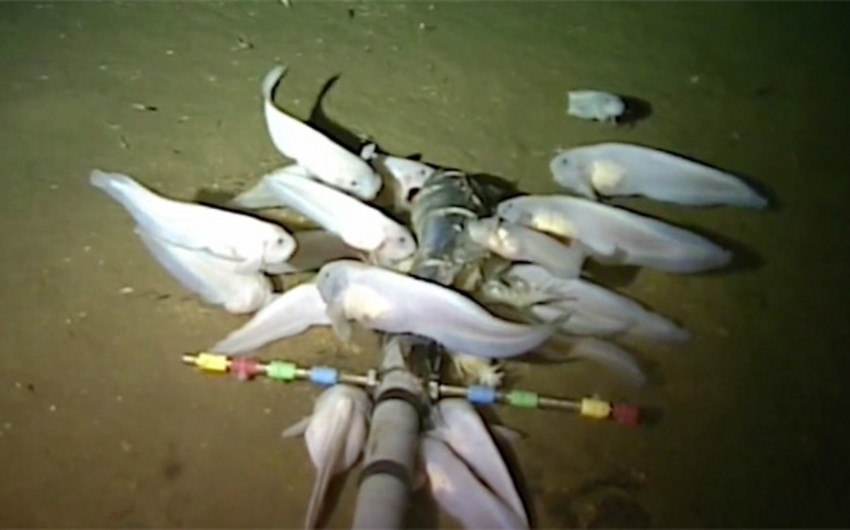 Baku. 2 December. REPORT.AZ/ In the crushing depths of the ocean, scientists have discovered a species of that thrives deeper than any other.

Report informs citing the RIA Novosti, video of an unusual creature is posted on YouTube.

The Mariana snailfish has been observed at depths of 8,178 metres.

The fish is named after its home, the Mariana Trench in the western Pacific Ocean, which is the deepest part of the world’s seas.

This new record edges out the previous title holder: the so-called ethereal snailfish that featured in a recent episode of .

According Dr Thomas Linley, one of the scientists who discovered the new species, Mariana snailfish have been seen swimming even deeper.

What’s more, at nearly 8,200 metres down these snailfish may well be living at the maximum depth it is possible for fish to survive at.

“Our understanding of how fish operate means that 8,200 metres is the theoretical limit,” said Dr Linley, who is based at .