MyHeritage: Azerbaijanis able to find distant relatives by DNA matches all around the world - INTERVIEW 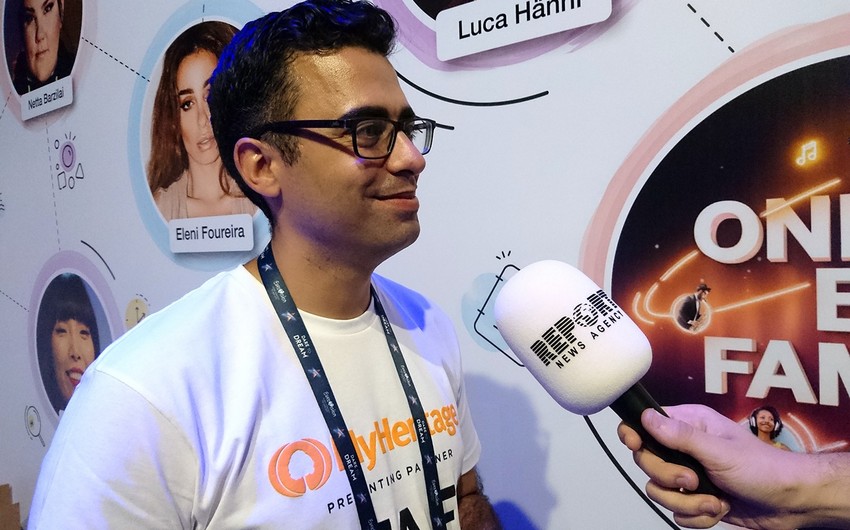 - Lots of people have got a chance to pass a DNA test and find out more about their roots. What is the idea behind all of this? It's the first year such a thing has been applied at Eurovision. Could you please elaborate a little more?

- MyHeritage is a family history and DNA company with over a hundred million users around the world to make discoveries about where they come from. This is the first year that MyHeritage has been involved in Eurovision. We're really-really excited to be involved. For Eurovision specifically we've launched the "One Big Family" project where we've invited previous winners and this year's acts as well to learn more about their family history, to take DNA tests and to make their own discoveries just like many of our users do.

- How does the process of taking DNA tests from participants work? Were there many of them, who decided to pass the test?

- Absolutely! We invited everyone who wanted to take part. We have over 20 previous winners of the Eurovision, including Eldar from Azerbaijan, who took the DNA test, and we have his results, and also 20 of this year's acts as well. We've been looking into their results and their family history. We've even been able to make connections and see if there are singers who are related to each other. Everything to do with family history and to do with heritage. We've been helping people make discoveries. Of course everyone at Eurovision is excited about that, because we're here celebrating individual countries, but we're also here celebrating other countries, and other nationalities, and other identities, which I think is so special about Eurovision.

- No. Anyone, who takes a DNA test, whether it's through the Eurovision program or any of our users around the world, and our service is available in 42 languages, so anyone who takes DNA tests, their results are completely private. The DNA belongs to them, they can do whatever they want with it. They can share them on social media. But it's basically up to them as to what they want to do.

- What is the usual reaction of a person who finds something "strange" in his results, some regions he didn't expect to see?

- So, when people take the MyHeritage DNA test, there's always a lot of excitement. Some people may think that they know where they come from or they may have heard stories from their grandparents of the last couple of generations. But actually to be able to take a DNA test to go back the last couple of 100 years and see where their family is from, see the DNA breakdown, is really exciting. And there are many surprises. But I think, that opens up the door and allows us to appreciate other people's cultures and other peoples in general. Because actually it's them, that's maybe where their ancestors have come from the past few hundred years and of course many of them go on to build their family tree on MyHeritage and discover exactly where their family is from.

- Are there any statistics on how many people have passed this test from Azerbaijan?

- There are currently over 23,000 registered MyHeritage users in Azerbaijan. These users have collectively built over 16,000 family trees, which contain over 231,000 individuals (both alive and deceased).

- Thank you very much!