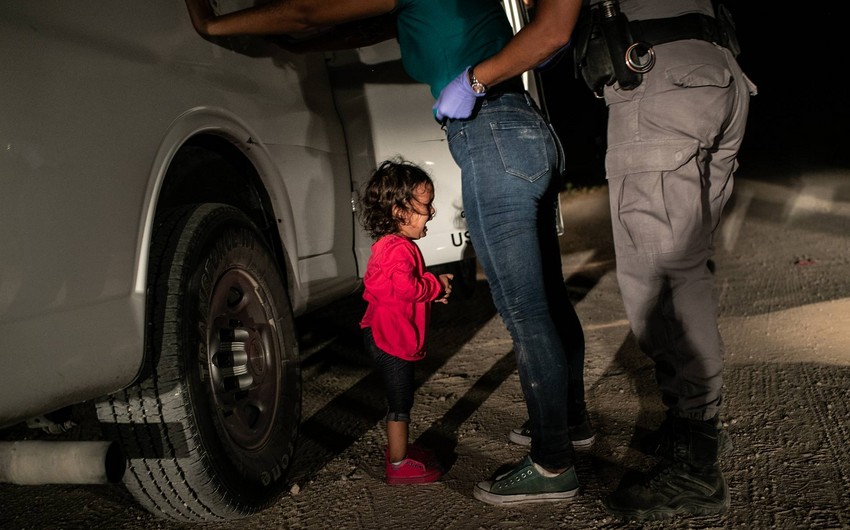 A viral image of a crying Honduran child at the U.S.-Mexico border has won the 2019 World Press Photo contest’s Photo of the Year prize, Report informs citing foreign media.

The winning photo, “Crying Girl on the Border,” was taken by Getty Images photojournalist John Moore. It shows the 2-year-old child crying while her mother, a Honduran asylum-seeker, is detained by U.S. border agents at the U.S.-Mexico border in McAllen, Texas.

According to girl's mother, it took her a month to travel through Central America and Mexico before she could get to the United States, where she sought refuge.