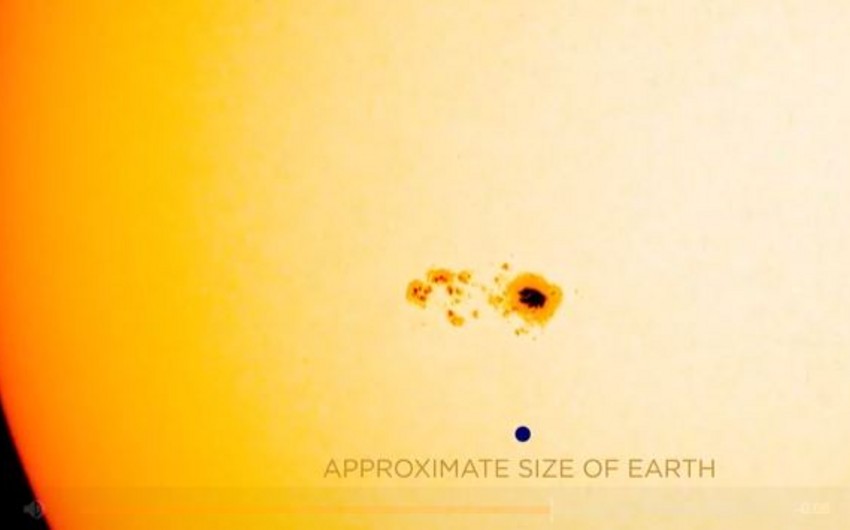 Baku. 13 July. REPORT.AZ/ A dark region of the Sun comprised of magnetic fields, has rotated into view, and was captured by NASA’s Solar Dynamics Observatory.

Report informs, the sunspot - called Active Region 12665 - was tracked between July 5 and 11. Sunspots often develop on the massive, heat-producing star. Looking solely at one of the spots, it may appear miniscule in comparison to the massive star. But the spot is actually far larger than the Earth.

This spot is the first that appeared on the visible part of the Sun in 2 days. Similar phenomena, when solar activity is reduced, occur much less frequently than usual.