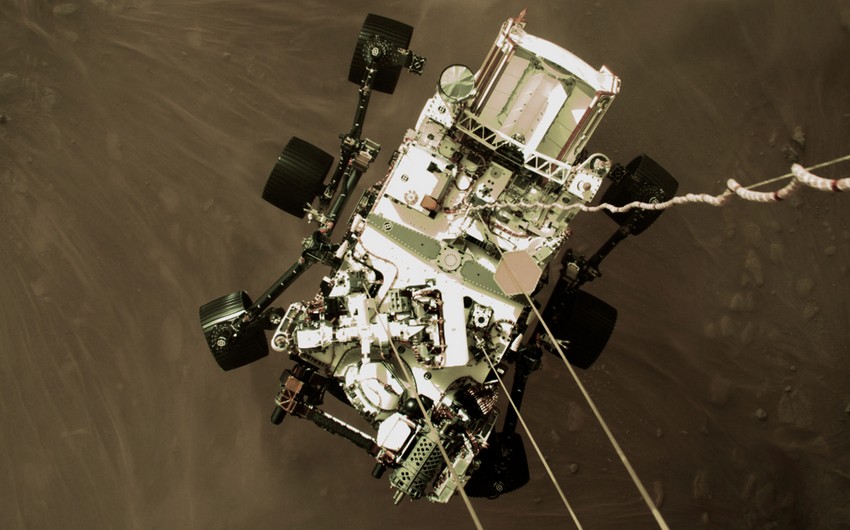 Perseverance, a car-sized rover that landed successfully on the Red Planet on February 18, just made its first short drive on Thursday, NASA officials said. The rover moved a total of 21.3 feet (6.5 meters) across the Martian terrain on a drive that took about 33 minutes, during which Perseverance moved forward, turned in place, and backed up. The rover drives with a top speed of .01 miles per hour (.016 kilometers).

"Our first drive went incredibly well," NASA's Anais Zarifian, a Perseverance mobility testbed engineer at the Jet Propulsion Laboratory in Pasadena, California. Zarifian added that the rover "works beautifully. We were so excited."

"This is just the beginning," Zarifian said.