Japanese scientists create possible COVID-19 vaccine from silkworm protein Kusakabe and the other researchers confirmed that among around 450 varieties of silkworms raised at the university, there was a line producing the protein in large quantities. 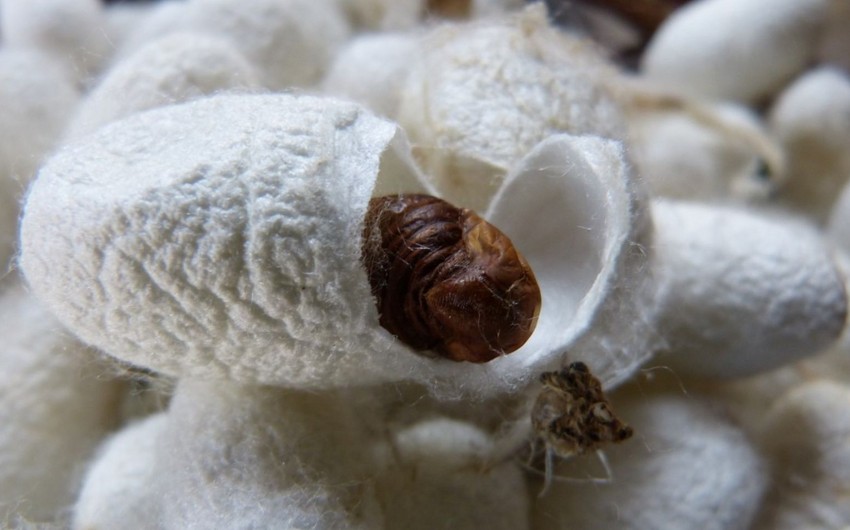 Kyushu University has announced it has successfully created a protein that could work as a novel coronavirus vaccine and a startup that began at the university, using silkworms bred at the institution.

The university says that, together with Fukuoka-based startup Kaico Ltd., it will be possible to create the protein artificially in the bodies of silkworms in large amounts, and it hopes to team up with a pharmaceutical company to begin clinical trials next fiscal year after testing the vaccine on mice. Researchers say that they wish to produce a low-cost vaccine that can be used widely across the world.

A team at the institution, including professor Takahiro Kusakabe, a specialist in insect molecular genetics, embedded publicly released genetic information on the new coronavirus into a virus that only insects are said to contract, and then injected this into silkworms. They confirmed that after about five days, so-called "spike proteins" were produced in the silkworms' bodies. Spike proteins are the spiny protrusions found on the surface of the novel coronavirus (SARS-CoV-2), and the coronavirus is said to infect the body when these spikes bind with the proteins of human cells.

Kyushu University is popular with researching and collecting silkworms. Kusakabe and the other researchers confirmed that among around 450 varieties of silkworms raised at the university, there was a line producing the protein in large quantities. They had accordingly continued to research vaccines for new infectious diseases. They have already developed a coronavirus vaccine for cattle and used that technology in their latest research. In future tests on mice, they will investigate whether the mice develop antibodies that can block infection.

Kusakabe said vaccines being developed in Japan and overseas are expected to be expensive, so for the time being, the researchers will aim to create a vaccine that can be administered for a few thousand yen (1,000 yen is about $9.28). He hopes that it can spread to developing countries in the future.
"We want to create a cheaper 'edible vaccine,'" Kusakabe said.