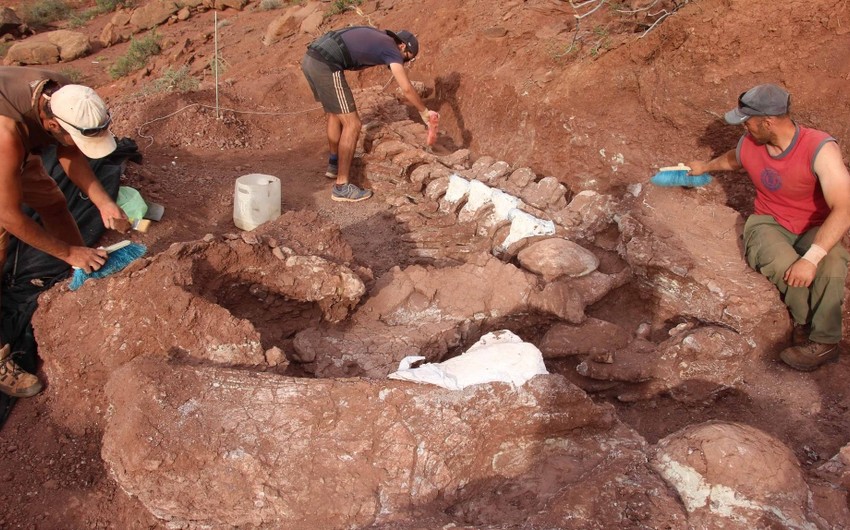 Fossilized bone fragments found in Argentina's Neuquén Province in northwest Patagonia could belong to an enormous specimen of Titanosaur, a sauropod family of dinosaurs including some of the largest terrestrial animals to ever walk on Earth, Report informs citing Forbes.

Body size and mass estimation are generally tricky, as many species are known only from fragmentary remains, and not all bones are equally useful to reconstruct an animal's size.

Based on the recovered fossils, the new specimen likely far exceeded a mass of 40 tons and lived 98 million years ago.

The recovered remains are not a complete skeleton but consist mainly of pelvic bones and vertebrae.

There are some similarities to fossils belonging to Andesaurus, a type of "super-sized titanosaur" which existed during the middle of the Cretaceous Period in South America. These large creatures grew to be 18 meters long.