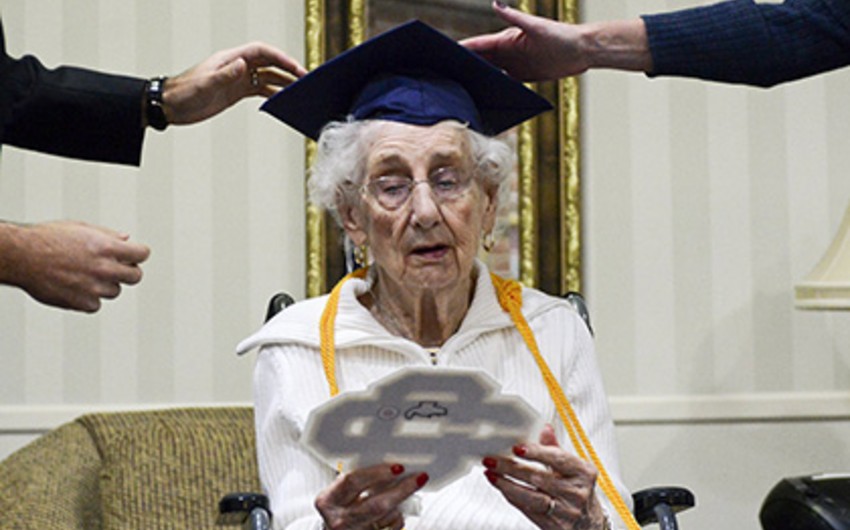 Baku. 3 November. REPORT.AZ/ 97-year-old grandmother bursts into tears when she finally gets her high school diploma after being forced to drop out at 17, Report informs referring to the foreign media.

She has received an honorary diploma from a Grand Rapids, Michigan high school, eight decades after she was forced to drop out to help her family.

Margaret Thome Bekema finally was able to don a mortarboard and fulfill her lifelong goal at a ceremony in front of her friends and family on Thursday.

School administrators from Catholic Central High School in Grand Rapids presented her with the diploma at the Yorkshire and Stonebridge Manor senior community in Walker.

Bekema would have graduated with the Class of 1936, but she left during her junior year to care for her three younger siblings because her mother was ill with cancer.

At the time, she was 17 years old and an A and B student.

Bekema was called home by her father when her mother became ill with cancer. She was required to cook, clean and make all of her siblings' clothes. 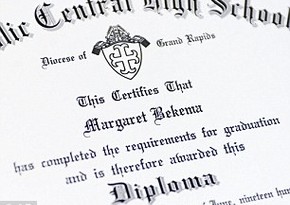 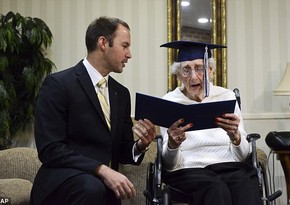