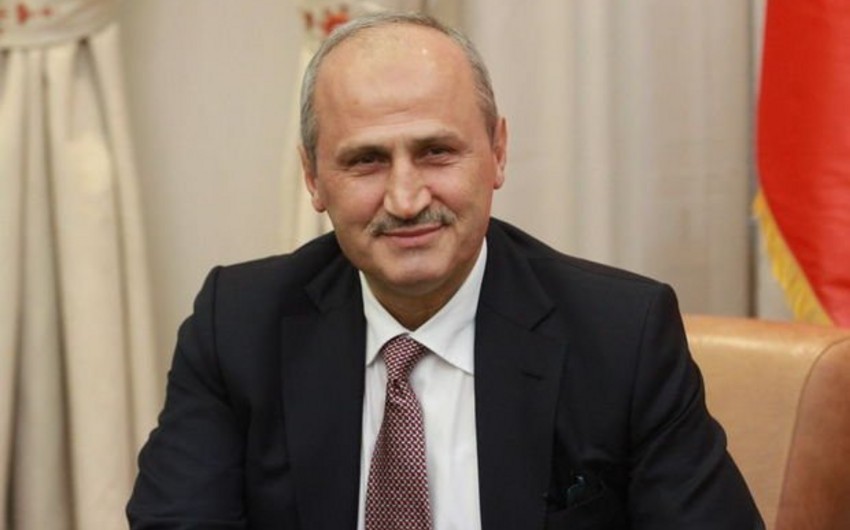 Movement schedule and fares for passenger trains on BTK railway will be determined by late May, said Turkish Minister of Transport and Infrastructure Mehmet Cahit Turhan, Report informs citing AZERTAС.

According to him, passenger transportation via BTK railway will be carried out by 10 wagons provided by Stadler for CJSC.

The minister noted that the passenger capacity is 257 people, the train comprises 9 passenger wagons and a restaurant: "The sides will gather in Ankara on May 24-25 for development of working principle and program of the train. At the end of the meeting, movement schedule and fares for the train are expected to be determined."

"According to appeals the ministry received, we forecast that the passenger density will rise," he added.

BTK is a railway project launched on October 30, 2017. The railway line stretches from Baku to Turkish Kars through Georgia’s Tbilisi and Akhalkalaki cities. The railway is expected to carry goods from Asia to Europe within 15 days. The project aims to connect Azerbaijan and Turkey (Central Asia and China with Europe) via railway. The railway is planned to carry 3-5 million tonnes of cargo in the third year, 6-8 million tonnes in the fifth year, and then 3 million passengers and 17 million tonnes per year.