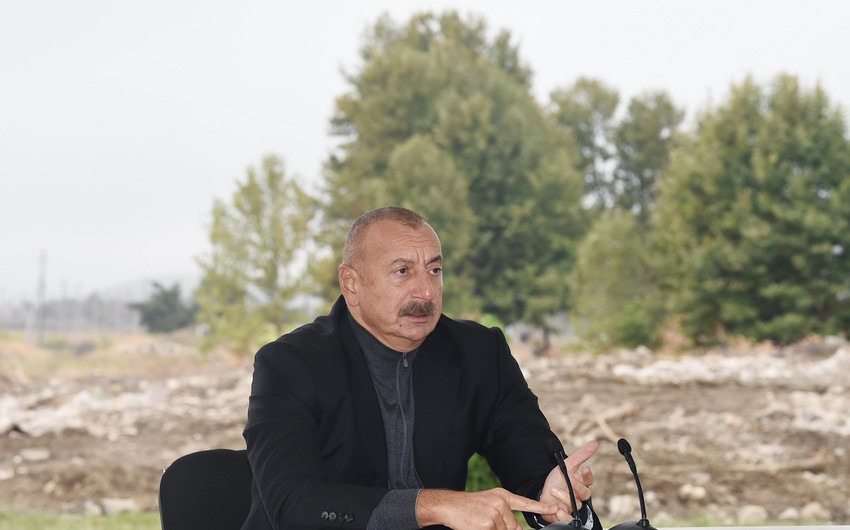 "The projects already under implementation in Fuzuli demonstrate both our intentions and our potential," President Ilham Aliyev said, speaking to public representatives in Fuzuli, Report informs.

"The Fuzuli International Airport was built in just eight months," the head of state said.

He noted that the world practice and world history have probably seen no cases of rapid construction of an international airport in once mined territory.

The head of state said that the power distribution lines from Fuzuli to Shusha were laid, a substation was inaugurated in Fuzuli and the second substation was laid on October 17.