Over 60 flights canceled at Moscow airports due to bad weather 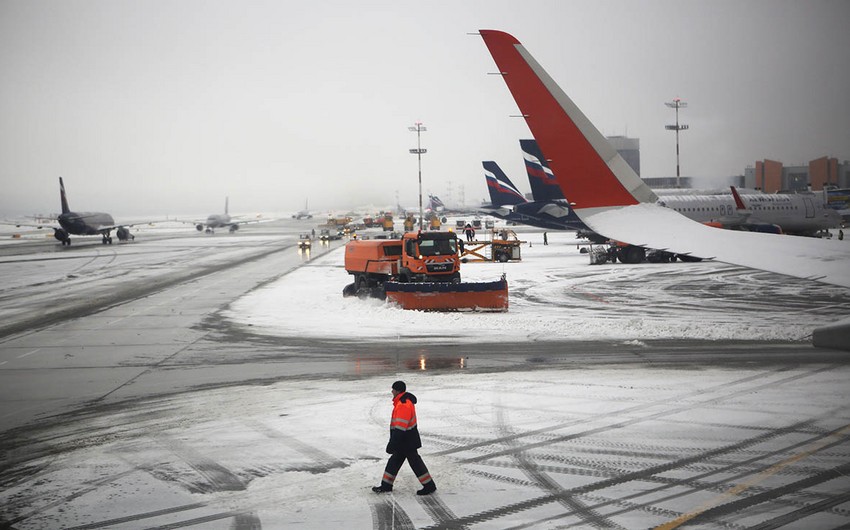 More than 60 flights were delayed or canceled at three Moscow airports - Vnukovo, Domodedovo and Sheremetyevo - on January 11 morning due to weather conditions, Report informs referring to the Russian media.

“Today the weather in the capital will be formed by the rear part of the outgoing cyclone. The weather will be cloudy with light snow in some places. During the day in Moscow, -8-10 C, in the region - from 7 to 12 degrees of frost. North wind speed is 5-10 meters per second, the pressure is growing to 756 millimeters of mercury by the evening, which is higher than the norm,” Mikhail Leus, a leading specialist of the Phobos weather center, explained to RIA Novosti.