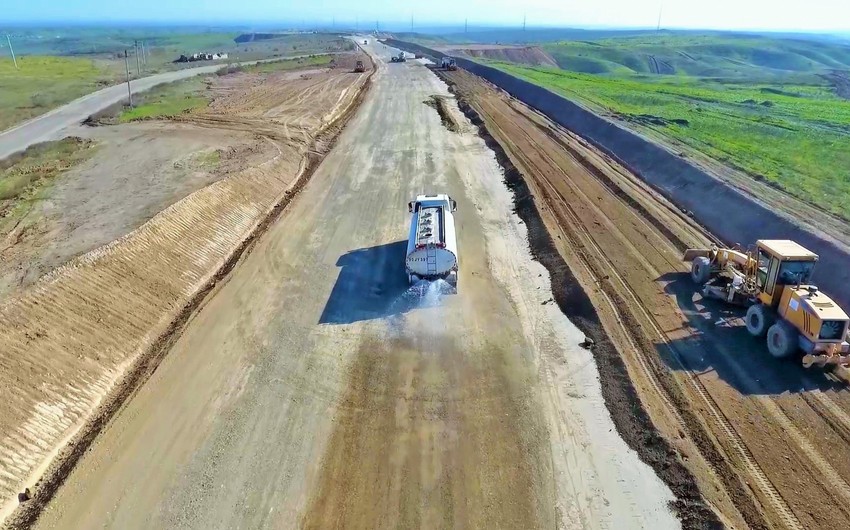 "The new road is more of an economic necessity than an alternative to the Lachin corridor. However, officials have repeatedly said that as a part of the road passes through the Lachin corridor, it is not an alternative to the corridor. The road itself is an important factor characterizing economic development. Even today, there is a fundamental economic basis for the construction of the new road to Lachin. Unprecedented construction and reconstruction works are planned in the region, and some of them are already being implemented. In this case, the formation of a sustainable supply chain is important. One of the main components of this is the road infrastructure that will ensure the intensity of traffic flows," Hasanli said.

In his opinion, the new road will bypass Lachin and thus provide comfortable and fast traffic.

“As against the current road, the construction of the new road based on more modern standards will have a positive impact on the speed of traffic flows, which will significantly increase the capacity of the road. Currently, the city of Lachin is under the control of peacekeepers. However, over time, it is expected to come under Azerbaijan’s jurisdiction. At that time, thanks to the new road, we will be able to diversify traffic flows by tonnage. In other words, we will be able to direct heavy vehicles to additional roads. This will increase the depreciation period of city roads by reducing their congestion. On the other hand, in the event of any force majeure, it will be possible to immediately divert traffic to another road without compromising the intensity of the traffic."

The expert believes that, in general, the vast majority of road infrastructure was destroyed during the occupation of Azerbaijani lands, which seriously slows down the process of rehabilitation: "In this sense, the restoration of the existing roads and diversification of road infrastructure is important for the revival of occupied lands."