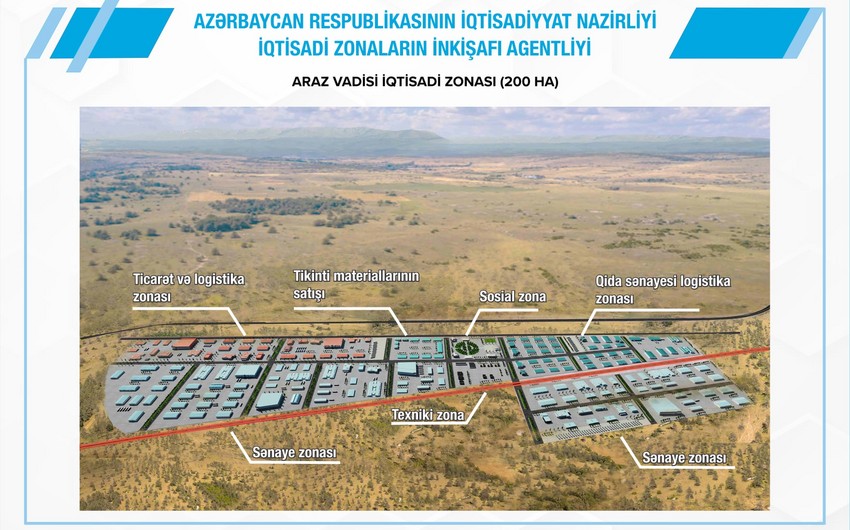 Some 70 of the 200 hectares of the industrial park of the Araz Valley Economic Zone, being created in the Eastern Zangazur economic region - in the territory of Jabrayil District - has already been cleared of mines, Azerbaijani Economy Minister Mikayil Jabbarov wrote on Facebook, Report informs.

According to him, the installation of containers for the organization of the social zone of the Industrial Park will soon begin.