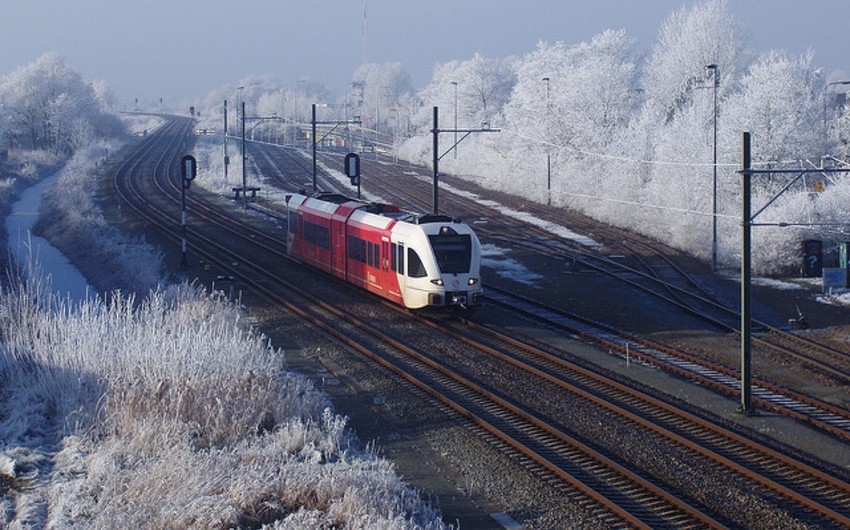 Baku. 9 February. REPORT.AZ/ Azerbaijan has attracted loan from foreign financial institutions for purchase of locomotives that will be operated in Baku-Tbilisi-Kars railway.

Notably, completion of the Baku-Tbilisi-Kars (BTK) railway project expected to be in March. The Turkish Minister of Transport, Maritime Affairs and Communications Ahmet Arslan  has said for the last time.

"Two months left before the completion of construction works in Baku-Tbilisi-Kars railway project. At present active works are underway in the area. However, given the difficulties of the winter season, I must admit that the work on the BTK expected to be completed in March-April 2017", Turkish minister added.

Notably, Alstom has won a 300 mln EUR contract from Azerbaijan Railways for 50 type KZ8A 8.8MW electric locomotives. The contract includes an option for the construction of a depot, maintenance, technical assistance and training. The locomotives will be put into use to the year-end.