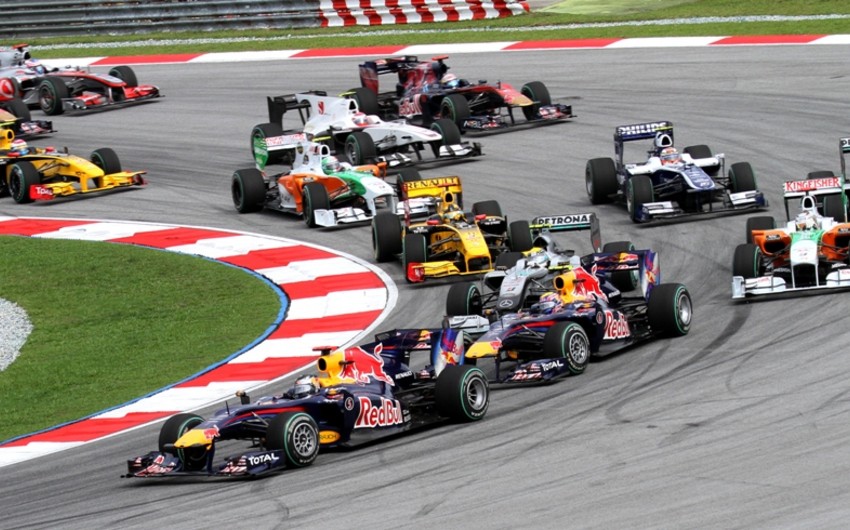 Baku. 7 May. REPORT.AZ/ On the eve of the "Formula 1" Grand Prix of Europe, first coming to Baku in June this year, traffic on the Baku City Circuit and track areas will be suspended.

Report was told in the Baku City Circuit (BCC), the Traffic Management Plan has been prepared to arrange the safe movement of spectators around the track, to manage the safety of residents living around the track and to ensure a smooth traffic flow in the trackside areas and as well as on the streets of Baku.

According to the plan, the roads lying within Baku City Circuit and the areas around the track will be closed for traffic from June 14th at 01:00. These traffic restrictions will cease to be implemented from June 21st at 06:00.

The Formula One Village located at the National Seaside Park (Baku boulevard) will be closed to traffic as of June 15th from 01:00. The access restrictions for residents will cease to be implemented from June 20th at 12:00.

Ticketholders will be able to access the Seaside Park beginning from June 16th at 12:00.

We also want to highlight that the area where traffic restrictions are imposed is divided into 3 zones. The first zone includes the streets lying along the Old City - Icheri Sheher – which takes in part of the track and its surroundings. Zone 2 covers Azadlig (Freedom) Square and the areas around it. Finally, Zone 3 will be based on the UN 50th Anniversary Street.

People living in these areas who are engaged in business activities within these Zones will be issued with special entry permits allowing their vehicles to enter their respective zones from May 30 through June 13.

The permits (stickers) are required to be displayed on all cars’ windshields. Holders of such permits will be allowed to enter only the zones indicated on the stickers.

The movement of traffic in Zones 1 and 2 will be allowed at night only from 24:00 through 06:00. Traffic will be open in Zone 3 during the day; however, only vehicles with special stickers will be able to enter the Zone at any time. The entrance for Zone 1 will be located at Azneft circle, and for Zone 2 at Azadliq Avenue.

The streets highlighted in red on the road map will be entirely closed for traffic between June 14-21, while areas in blue will stay open for traffic. Parking in these areas will be strictly prohibited. The roads highlighted in pink will be open only to accredited event transport.

Traffic management along all the ‘coloured’ streets, will be carried out by the Main Traffic Police Department.

We also want to announce that on the eve of the event, Baku residents and spectators will be able to move freely around the track. They can access closed zones alongside the circuit through underground and overpass passages assigned in advance. From June 16th onwards only ticket holders will have access to the seaside boulevard. The residents of the city will only be able to access Park Bulvar shopping centre during these days.