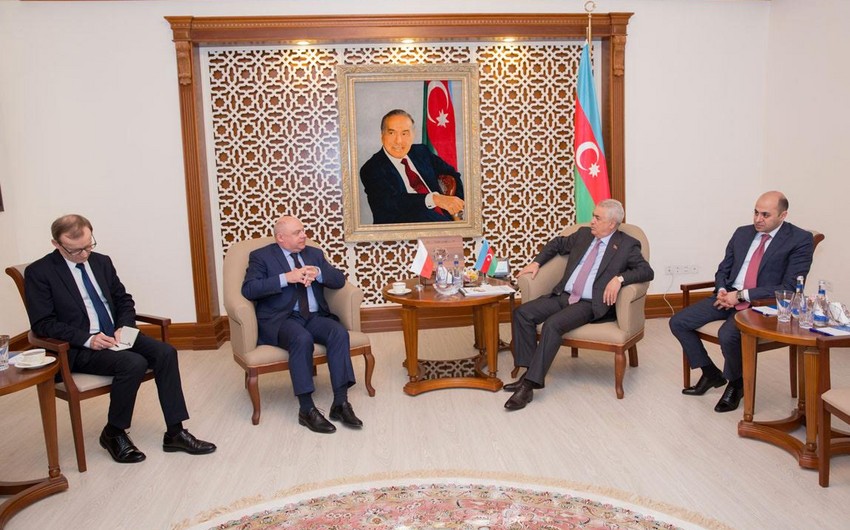 The "Azerbaijan Railways" spokeswoman Sevinj Gadirova told Report that during bilateral meeting, Chairman of “Azerbaijani Railways” CJSC Javid Gurbanov told about implementation of reforms in the railway, status of implementation of international transport corridors Baku-Tbilisi-Kars, North-South, East-West, South-West which will play an important role in enhancing country's transit potential and gave detailed information about the challenges ahead.

Then, challenges ahead for expansion of mutual cooperation were discussed.

M. Tsalka appreciated works done by Azerbaijan in process of international and regional projects as well as reforms in railway sector.

The parties stressed an importance of expanding bilateral cooperation in the future.