Aktau port increases transshipment of goods along Trans-Caspian International Transport Route In January-March 2021, 195,100 tons and 908,000 tons of cargo were handled through the Kazakh Caspian ports of Kuryk and Aktau, respectively 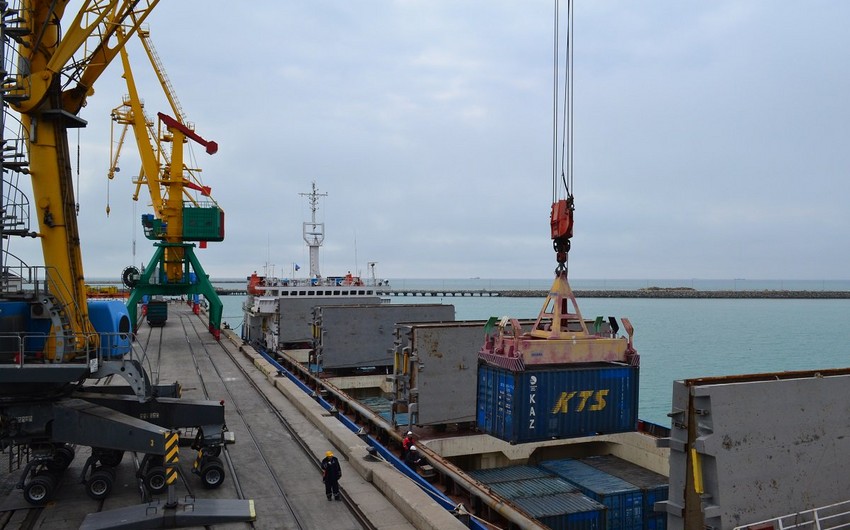 In January-March 2021, 195,100 tons and 908,000 tons of cargo were handled through the Kazakh Caspian ports of Kuryk and Aktau, respectively, Report informs, referring to the Kazakh media.

The volume of transshipment through the port of Kuryk for the five months of 2021 amounted to 318,000 tons.

Over the three months of 2019, some 7,000 tons of metals were handled through the port of Aktau, which is twice more than the volume for the same period last year. The volume of oil transshipment amounted to 557,000 tons, which is almost at the level of 2020. Grain transshipment amounted to 209,000 tons and decreased by 18 percent in 2020 due to a decrease in the purchasing power of Iranian grain traders. The volume of other cargo amounted to 135,000 tons and decreased by 2 percent compared to the same period in 2020.

According to the press service of the port of Aktau, the transshipment of containers in all directions in the first quarter of 2021 amounted to 6,540 TEU, which is 41 percent more than last year. Of the total volume, 3,495 TEUs were transshipped via the Trans-Caspian International Transport Route (7 percent more than in three months of 2020), and transshipment by the port of Aktau was not carried out on the China-Iran-China route.