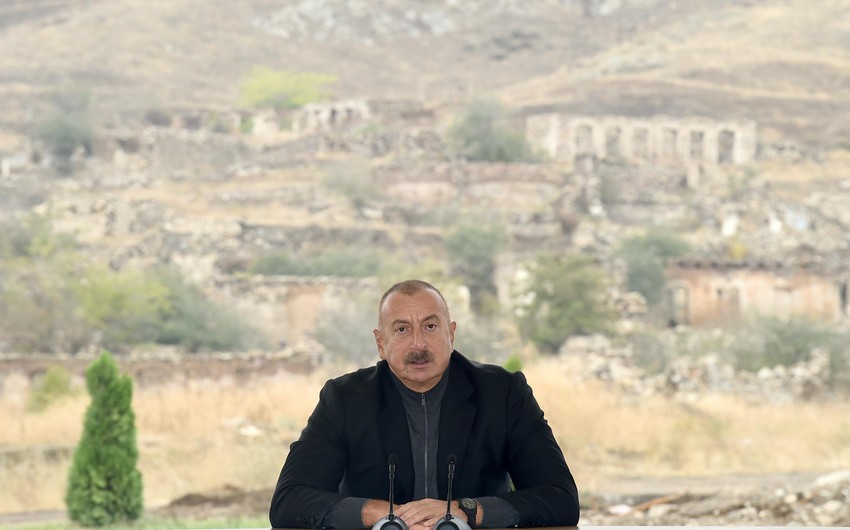 Azerbaijan’s economy has revived after the pandemic crisis. The indicators for nine months are positive, the economy grew by about 5 percent, industry also grew, and the non-oil industry rose by almost 20 percent, Azerbaijani President Ilham Aliyev said during a meeting with representatives of the public in Fuzuli district, Report informs.

Stressing that all this restoration work requires a lot of money, the Azerbaijani president said: “I am absolutely sure that all our plans will be implemented as soon as possible, Karabakh and East Zangazur will become one of the most beautiful places not only in Azerbaijan, but also in the world.”