Agrarian, construction, manufacturing and extractive industries will develop in Gubadli 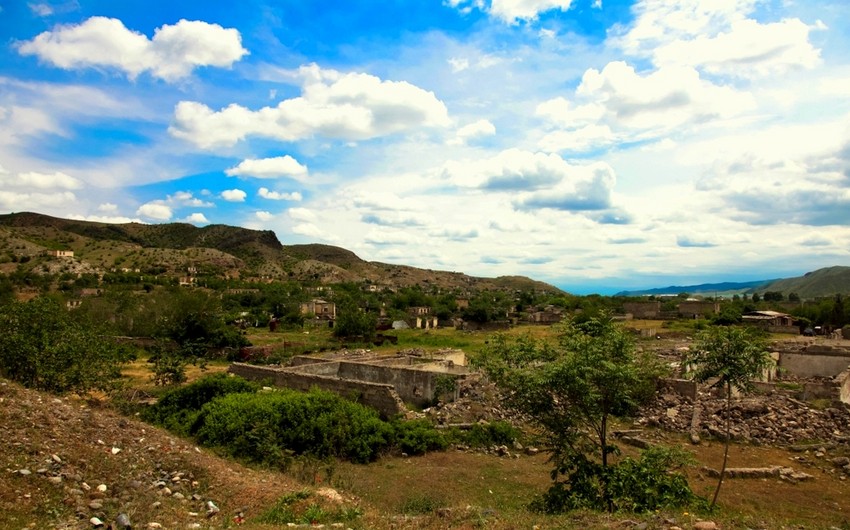 Gubadli region, bordering with Armenia, is part of the Kalbajar-Lachin economic region. It has a mountainous relief. Compared to other economic areas, this economic region is rich in mineral resources and has tourism potential. Usually, in areas with mountainous relief having mineral resource deposits, the tourism sector's potential is less visible. Despite this, the Kalbajar-Lachin economic region has a unique harmony of mountain deposits and tourism potential. Gubadli region also combines these characteristic features inherent in this region. Like Kalbajar and Zangilan, Gubadli is also distinguished by its mineral deposits.

Gubadli region has such natural resources as sawn stone, clay, building stone, facing stone, colored stone, and fresh groundwater reserves. Each of these resources is one of the main features that distinguish the Kalbajar-Lachin economic region from others. Notably, the exploited Khajili tuff deposit is suitable for producing 6247 thousand m3 of sawn stone. Gubadli also has a clay deposit ideal for construction. The deposit located in Khanli village has reserves of 990 thousand m3. Simultaneously, the region varies by unique Eyvazli decorative stone (agate) deposit with reserves of 1.1 thousand tons. The agate deposit located in this area is considered one of the rare ones. In particular, this deposit can be used in the chemical industry and decoration.

Gubadli region, located in the Kalbajar-Lachin region, has a lot in common with Jabrayil and Zangilan in terms of natural resources. Sawn stone deposits located in each of the three districts will directly meet the demand of our country's construction sector. The matter is that a number of resources suitable for the manufacturing industry, which can be produced in the economic region and have further production potential, are imported into our country. Thus, upon the development of the construction sector, which plays a driving role in the economy of our country, the import of a certain part of building materials also increases. The liberation of the Gubadli region following the Jabrayil and Zangilan regions will help meet the construction sector's demand for local resources.

The rivers Bargyushad and Khakari and their tributaries (Aga Chay, Small Khakari, Meydandarasi, etc.) flow on the region's territory. These rivers are favorable in terms of irrigation and for building a hydroelectric power plant. So, economic crime, which is part of Armenia's occupation policy, is also associated with the exploitation of these rivers. In 2011, Armenia completed the construction of three hydroelectric power plants, which began in 2009. Azerbaijani army turned Armenia's desire to build three more power plants shortly into a dream. According to experts in this field, using the water resources of the Gubadli region, it is possible to build a hydroelectric power station with a capacity of about 40 MW. This power station will be able to supply most of the Kalbajar-Lachin economic region with water. Besides, at the expense of water resources, it is possible to stimulate the development of other parts of Nagorno-Karabakh that need water.

As a result of the liberation of Zangilan and Gubadli, located in the Kelbajar-Lachin economic region, 50 percent of this region fell under the control of Azerbaijan. This zone, which differs from others in several economic advantages, will play a significant role in Azerbaijan's economic and inclusive development.