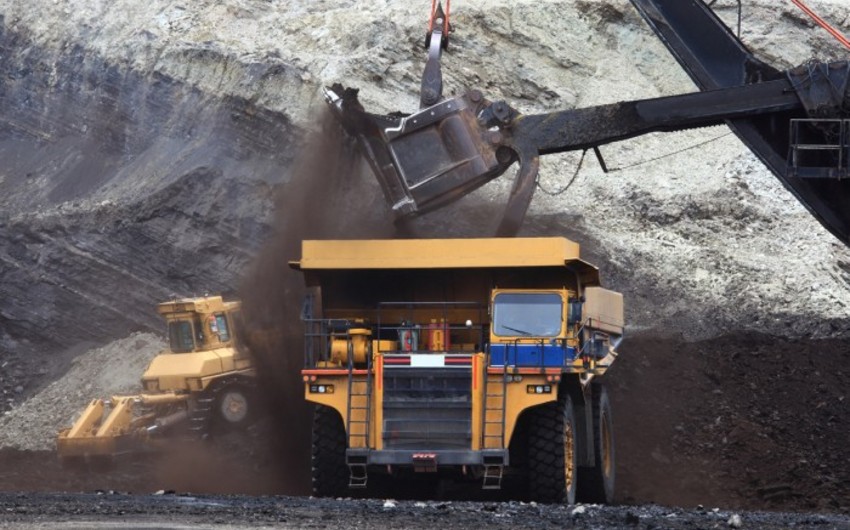 Anglo Asian Mining PLC ("Anglo Asian" or the "Company") is carrying out works on identification and exploitation of newly-discovered five gold and copper fields to increase production, Report informs, citing the .

According to the Company, these fields are Avshancli 1, Avshancli 3, Gilar, Ugur Deeps, and Zefer Cell 9.

The Company's exploration work has predominately been concentrated on the 300 square kilometre Gedebek Contract Area.

The Avshancli area, located in the north-east sector of the Gedabek Contract Area, 6.5 kilometres from the Company's main processing facilities, is a potentially significant mineral district. The ground topography is suited for road construction to haul ore back to the existing processing plant. Alternately, if justified by the size of the mineral occurrences, additional processing facilities could be constructed proximate to the mines. Avshancli 1 is gold-rich with significant gold grades on the surface and at depth. An open-pit concept, similar to the Ugur mine, producing ore for leaching is envisaged. Avshancli 3 is copper-rich and is considered a potential source of copper-rich ore for flotation. Exploration to determine the size of the potential deposits will take until the end of 2020, and, if successful, likely open-pit mine construction will begin next year, with production potentially starting in 2022.

Gilar is also located in the north-east sector of the Gedabek Contract Area near Avshancli 1. Gold has been found at the surface hosted in a quartz vein deposit. Exploration to determine the continuity of the mineralization and size of the deposit is planned between now and the end of 2021, with mine construction potentially taking place in 2022 and production commencing in 2023.

Ugur Deeps is several hundred metres from the south-east flanks of the existing Ugur open pit. Drilling continues to provide significant copper mineralization with grades of up to 2.5 percent. Copper encountered over significant widths up to 25 metres at depths of about 350 metres. This project will benefit from its proximity to the existing mining infrastructure at Ugur and the ground topography, which would allow for adit and ramp access to the mineralization. Exploration will continue in 2020 and 2021, with potential underground mine construction in 2022 and production commencing in 2023.

Zefer is located approximately 600 meters west of the leach pad processing facility. It lies in the trend of mineralization from the main Gedabek open pit. Exploration of this area is likely to take longer due to the depth of drilling from the surface, with production possibly commencing in 2025.

High-level work programs and budgets have been developed for each of the above five targets.