WBC President: President Ilham Aliyev made sport a priority 'We will hold a tournament in honor of Mahammad Ali' 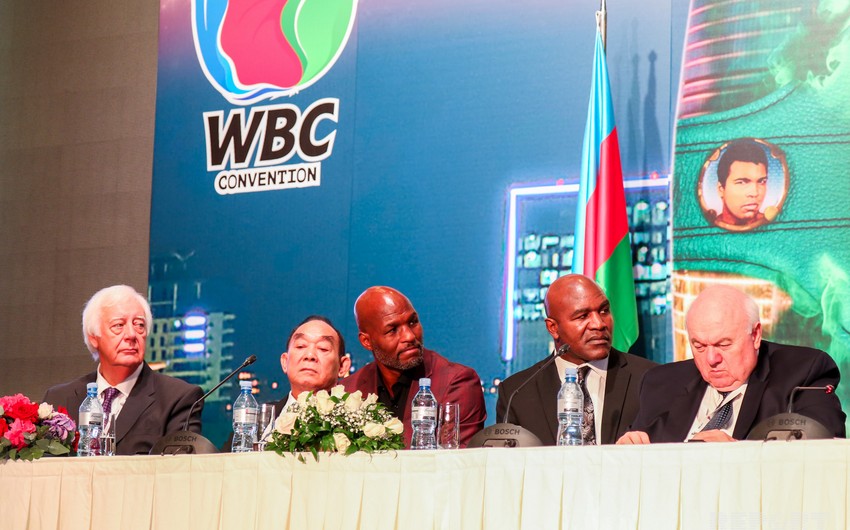 Baku. 2 October. REPORT.AZ/ “I am grateful to Azerbaijan for welcoming us in a high level. When we arrived in Baku we were exposed to great friendship and hospitality. Azerbaijani President Ilham Aliyev is a great leader. He made sport a priority in his country.”

“On September 16, we presented special belt to Gennady Golovkin. One side of it features Mexico, another side - Kazakhstan He is our pride. Gennady has an upcoming fight. This is a gift from us. Also there will be a tournament in honor of Muhammad Ali. Whoever wins will get his gold medal. By the way, Floyd Mayweather defended the honor of box and defeated Conor McGregor. I greet him from here. We held negotiation with Roman pope. He said he will prepare special program for us.”

The Convention attended by federation presidents, sport managers, former and current champions, 500 guests from continents of Europe, Asia, Africa, Northern and Southern America will come to an end on October 6.