Vitali Klitschko: I am sure, Azerbaijan’s world champion in professional boxing will be raised 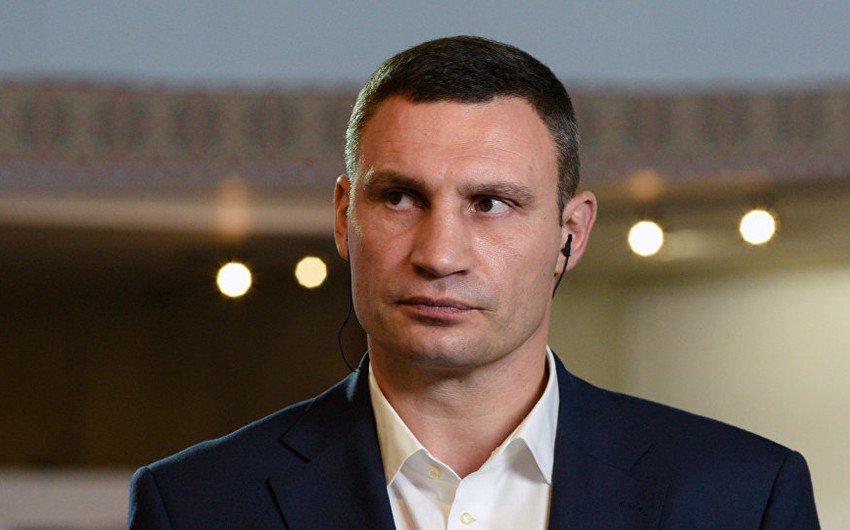 Baku. 2 October. REPORT.AZ/ “First of all, I would like to express my gratitude to the President of Azerbaijan Ilham Aliyev for creating condition to organize Convention of the World Boxing Council in Baku. World’s different legendary boxers including Mahammad Ali, Mike Tyson, Lennox Lewis had fought in this version. I am very proud that I was fortunate to have the title of WBC world champion. Holding such convention in the capital of Azerbaijan is very positive occasion. I want to thank Minister of youth and sports Azad Rahimov for his support to organizational matters. I wish successes to work of the convention.”

Former boxer said that  organization of WBC Convention in Baku is unusual occasion: “Because usually this event is held in countries which have candidates to fight for WBC version. Azerbaijan does not have champions for most influential version. But I am sure that thanks to such developed infrastructure and attention shown to sport in the near future such champion will be raised. All the world’s promoters in order to see Baku, Azerbaijan and discuss the venue of the fighting for the next black belt world champion, come here. I am confident that this convention will give impetus to development of professional boxing in Azerbaijan. We know that Azerbaijan has athletes that showed the highest results in amateur boxing. I believe that in the near future such boxers will also appear in a professional ring.”

“In 2011, the World Boxing Championship was held in Azerbaijan in a very high level. Even my brother Wladimir Klitschko’s rival in professional boxing, Anthony Joshua lost to Azerbaijani representative Magomedrasul Majidov in final. As a result, Joshua could only get silver medal. The traditions exist, it is necessary to strengthen and develop them. Nelson Mandela said sport has the power to change the world. Holding such events in Azerbaijan is very positive occasion.”