Ministry: At the European Championship "flag" of so-called Nagorno-Karabakh Republic was thrown - VIDEO 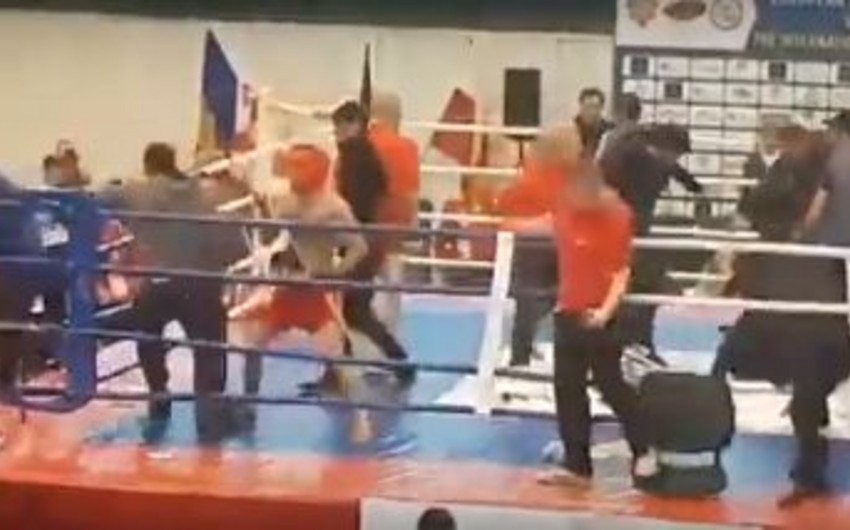 Baku. 14 May. REPORT.AZ/ Ministry of Youth and Sports has commented on a mass brawl between the Azerbaijani and Armenian athletes, coaches and spectators at the European Championships in Kung Fu and martial arts in Ukraine.

Report was told by Samaya Mammadova, the head of the press service of the ministry, the incident occurred after the victory of Azerbaijani athlete.

According to her, Azerbaijani athlete Orkhan Mehdiyev defeated Armenian sportsman, that caused aggression of the opposite side: "Armenians could not "digest" the victory of Azerbaijan and provoked a brawl. The main reason for the fight was uplifting of the flag of so-called Nagorno-Karabakh Republic. After this an incident occurred between the parties. The Azerbaijanis seized the 'flag' from Armenians, tore and threw under feet."

Notably, entire audience was involved in a mass brawl.