F1 announces 2020 calendar of Grand Prix races The schedule for the rest of the 2020 season at the Formula 1 World Championship has been determined. 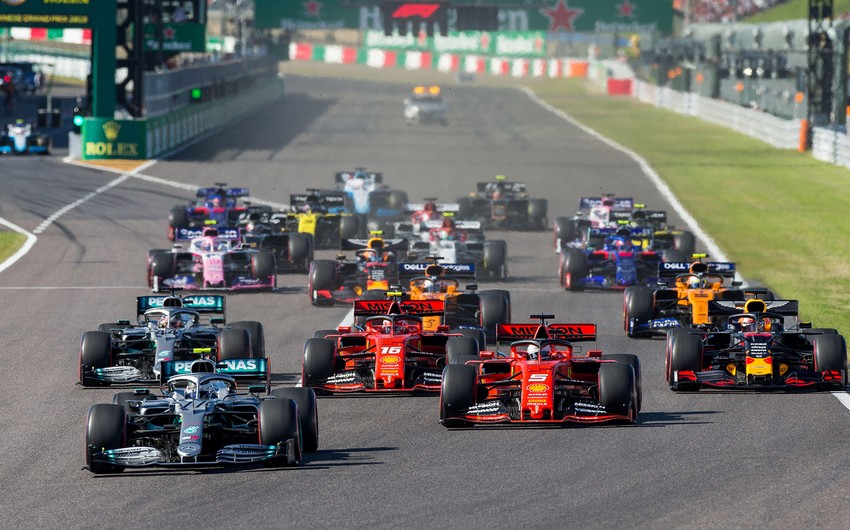 The schedule for the rest of the 2020 season at the Formula 1 World Championship has been determined.

Report says, citing the official website of the competition, that 4 Grand Prix will be held in this section.

Turkey returned to the competition for the first time after 2011. The first Grand Prix will take place on November 13-15 at Istanbul Park after an 9-year break.

At the end of November, Formula 1 will leave for the Middle East. The Bahrain Grand Prix will take place on November 27-29, and the Sahir Grand Prix a week later. The season will end on December 11-13 with a race in Abu Dhabi.

Thus, the current season will consist of a total of 17 Grand Prix.

The Formula 1 postponed Grand Prix of Bahrain, Vietnam, China, Spain, and Canada this year, while canceled the stages of Australia, Monaco, the Netherlands, France, Azerbaijan, Singapore, and Japan. 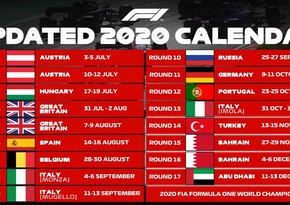